Let’s have a look at affordances in the digital realm, specifically how we can take these principles and apply them to the everyday UI elements we create such as buttons, form fields, icons, metaphors and other visual elements.

Affordances are possible actions between an object and an individual. For example, a door knob affords a twisting motion. Whether or not the individual recognises the possibility of that action is irrelevant--the affordance is still there

A “perceived affordance” on the other hand communicates how the user should engage with it. The user will know whether to push, pull, twist and so on. Perceived affordance should be a combination of actions which are actually possible and those which are simply perceived as being possible.

Why is Affordance Important?

It might seem like common sense to discuss something like door handles because they are so ubiquitous in our everyday life. But think about new technologies and innovations, such as keyless entry cars. They are new territory for many people, therefore signifiers are vital. A small protruding button may offer clues to its function.

Rather than reading a manual, as users we would look to cues from the past, analogous products, to navigate through our ever-changing world.

Affordances are also relevant in User Interface design. In this quick article I will discuss their application in form design (form fields, buttons, navigational elements etc) with some relevant examples, suggesting improvements as I go. As they have no actual physical properties, like in industrial design, what I’ll be referring to is “perceived affordances”.

Flat button designs are problematic. They often get lost in the design, instead being interpreted as banner graphics.

The following sign up form (based on an app which will remain anonymous) shows a number of elements..

There are many different elements here, but little to differentiate between them, so they all blend in. It’s a form, which in itself does suggest that there are buttons and input fields present, but a user may struggle to perceive any of them as “affording” a specific action.

How might we improve the design so that users more readily perceive the directive to “create account”? It may help to do the following:

This super-minimal secondary button gets lost, and signifiers which would otherwise differentiate it from form fields (inner shadows on the inputs, for example) are missing. Some suggestions for improvement are as follows:

Another form example, this time for entering shipping details. The affordances of form fields seem inconspicuous, however, they can have considerable impact.

Some suggestions for improvements include:

In this article we looked at some example forms and how their UI relate to perceived affordances in UI design. Understanding a user’s perception gives you insights into how to design in a clear and intuitive way. Your designs will be less likely to confuse users, rather aiding them in completing the user journey in a logical series of steps. 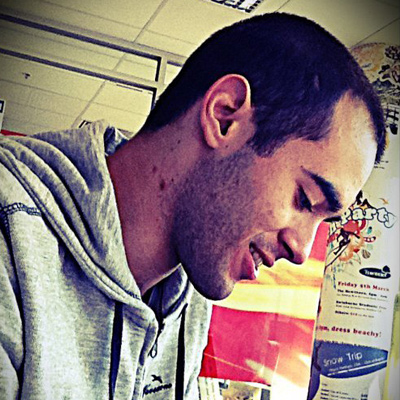