The real world as we all know, is a place of hard knocks, bottom line economics and tough decisions. After one such decision, and a controversial one at that (see the number of comments), Adobe have this week announced that Fireworks, their unique product for web designers, will no longer be developed beyond the current version - apart from a few operating system updates and bug fixes (some long overdue).

Although Fireworks CS6 will continue to work today, tomorrow and in a year's time, there seems little point for anyone to learn it as a new design tool. Fireworks has now left the real world and lies in a state of purgatory. No longer living, but not completely dead.

Those who have, like myself, been using it for many years may continue to use it to complete any current projects, or indeed new projects for the foreseeable future, but the reality is that I for one will be seeking new options and alternatives and slowly abandoning Fireworks completely as it is now officially non-sustainable.

It is always troubling when companies make decisions about their products that affect the workflow, businesses and ultimately lives of devoted users the world over. We have to get to used to the fact that nothing is permanent and find the time and courage to push on to the next new thing each time. In this instance products such as Adobe's new Edge tools, including Reflow are being trumpeted as the future of responsive web design and prototyping tools, rather than those locked down to producing 'pictures' of websites. I mostly share this sentiment as it increasingly feels less and less appropriate to think in terms of static layouts.

So, no more Fireworks in the Real World tutorials, although what has already been shown has hopefully given a good idea of the power of the tool for those who wish to use it. Having followed Reflow's development as part of the beta programme, I'm currently in the process of using it for my first real client situation to prototype and demonstrate a responsive design. Look out for Reflow tutorials coming to Tuts+ soon! 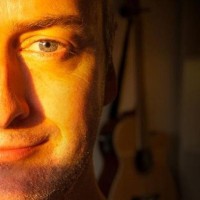