How to Use CSS Sprites in Fireworks and Dreamweaver

Ever wondered how use CSS Sprites in your own web projects? Today, Tom Green (our resident Adobe expert) is going to walk through how to create CSS sprites in Fireworks and then put them to use in Dreamweaver. If you haven't used CSS Sprites before, or if you're just looking for an easier way to implement them, look no further!

What Are CSS Sprites?

Put simply, a sprite is a method of using a single image as a means of storing several smaller images. For instance, take a look at the sprite that's being used at Webdesigntuts:

When we start coding, we can simply use CSS positioning and cropping of the image to show the piece of the sprite that we want.

Why Use a CSS Sprite? Speed! Using sprites to store images will reduce the time it takes to load an entire web page... when images get re-used over and over again on multiple pages, this can mean a lot of saved time.

Sprites are best used with smaller images that get used over and over again. For instance, most of the assets discussed in an entire site can actually be reduced to a sprite such as this: 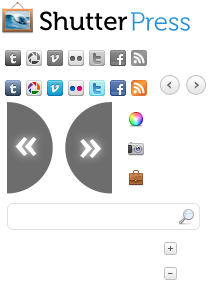 In a single sprite, we've already prepped the bulk of our design graphics for coding... and it's all under 19kb! Not bad right?

To create your own sprite, just create a blank document (start out with any size, you'll eventually crop this down to just barely fit each element on the sprite), then add in the design elements with a reasonable amount of padding between each element. Here are some additional tricks:

Alright, now that the basics are out of the way, Tom's going to show us how to create these in a couple quick videos!

These videos are recorded in HD, so feel free to hit the HD button and scale this up to fit your entire screen so that you can follow along closely.

The Fireworks Step (Creating the Sprite)

The Dreamweaver Step (Coding the Sprite)

Pretty easy right? Adding CSS Sprites to your own projects is fast and easy... which makes it a great tool to add to your bag of tricks. What's better is that Fireworks and Dreamweaver (or any coding app) allow you to use sprites "by the numbers", which simplifies it even further. That's it for today - add any questions, comments, or tricks of your own below!

Site ElementsFireworksDreamweaverHTML & CSS
Did you find this post useful?
Yes No
Would you like to provide feedback (optional)?
Cancel Submit
Want a weekly email summary?
Subscribe below and we’ll send you a weekly email summary of all new Web Design tutorials. Never miss out on learning about the next big thing.
Sign up

Tom Green
Tom is a professor of Interactive Multimedia through the Humber Institute of Technology and Advanced Learning’s School of Media Studies. Like all faculty in the program, Tom believes his students deserve to be taught by instructors who are regarded as experts in their field and whose knowledge of their subject is current with industry best practice.
Looking for something to help kick start your next project?
Envato Market has a range of items for sale to help get you started.