Polishing up Your Creative Process

by Sven Lenaerts13 May 2013
Length:MediumLanguages:
Creativity
This post is part of a series called Let’s Talk About Creativity.
Readers' Poll: How do You Combat Designer's Block?
Connecting Creativity and Commerce

In general, creativity techniques focus on two different issues: They either try to generate as many ideas as possible, or they attempt to select which ideas are better than others - and which idea is ultimately the best.

Trying to generate as many ideas as possible often makes it difficult to alter your train of focus. In other words, the longer this process takes, the more we start recycling the same ideas over and over again. This is why, when generating ideas, it's important to have a wide perspective, as this will make this process easier.

To a certain extent it's true that quantity creates quality. By having a lot of ideas, there will be many ideas which are bad or impractical, but there'll also be ideas between them which are excellent. There's one simple rule while generating ideas and that is never scrap any. The first priority is to be creative, not to judge.

The process of judging is usually faster. Scrapping a bunch of ideas is usually pretty straight-forward - and more often than not you'll end up with a condensed collection of good ideas. The challenge is then in figuring out which of the remaining is the best solution for the problem at hand.

First we focus on techniques which generate ideas.

Association is a very obvious technique for generating ideas; you use one idea as inspiration for the next. The risk of association is that you end up recycling the same concepts over and over again. In general it's advisable to use the association technique during the very start of your project, as it's a quick method to gain a fairly amount of ideas.

Some preferred tools I suggest are moodboards and visual mind-maps. Choose a fairly visual approach as this can be more stimulating. I personally prefer to work on a large piece of paper or a whiteboard. Keep this mind-map with you throughout the whole project (if it's a whiteboard, take a photo). It's always great to be able to look back at it when you encounter creative block, plus you can gain inspiration from it. Besides, a good mind-map is something which grows as the project evolves.

What Defines a Good Brainstorm?

Daring ideas are like chessmen moved forward. They may be beaten, that they may start of winning game.

In general, the best brainstorms happen in a group. Equally, if you are in a group and need to come up with a creative solution for a problem together, then a brainstorm is often the best method. The great thing about brainstorming in a group is that everyone has a different point of view, so there's a far less risk that you'll keep recycling the same ideas over and over again. A good brainstorm follows certain rules. These make the process smoother and give better results.

That's all well and good, but what if you're alone? In general you can attempt the same, you'd just limit the timespan even more. Sadly enough, an individual brainstorm won't be as efficient or interesting as one in group. However, there are work-arounds. For example, have a coffee or lunch with another person. This is a great opportunity to both have a small brainstorm regarding each other's problems. Multiple points of view greatly increase the quality of your ideas. Even if it's just a quick Skype call of ten minutes, it will never be a waste of time. Short but productive brainstorms are commercially very interesting, especially for agencies, but the connection between business and creativity will be a specific topic later on in the session.

This method is great when you're alone and want to take your time. Attribute listing is usually a creativity method specific for design and consists of making a list of the problem's characteristics. For example, listing the client's needs. Besides, you add your own lists which you believe are relevant (such as a list of current web design trends, design styles, your favorite colors, etc.) The challenge is to question the different characteristics of the problem and try to combine them with items on your list. This can give unusual, yet interesting links such as attempting a new design style for a corporate identity.

If you enjoy this method, I highly suggest keeping lists of trends, colors, tools, websites which inspire you and so on. You can consider this your creativity map, which you keep up to date. Whenever you open it, it can help you with finding solutions, or at least break the creative block when you have no ideas at all anymore.

The final method we'll be looking into is not a real method. Instead, it's a general concept which you as creative person should understand. Inspiration is everywhere and anything can inspire you. For example, the movie Inception inspired me for a color scheme. Certain music inspires me to write. Looking at nature gives beautiful color palettes. It's a matter of observing the world around you in such a way that you can draw inspiration from it.

This isn't a real conscious process, but you'll notice quickly enough when inspiration strikes because of something you've seen or heard in your daily life. See how beautiful (or ugly) the world is. That's the general idea: don't just look, also see and it can be a source of inspiration for you.

Finally, we look into how to handle your generated ideas. Everything starts with good selection. There are three methods to decrease the amount of ideas you have by grouping them together.

The idea behind clustering ideas is to group the ideas by observing their characteristics. If your ideas have certain familiar characteristics then you can combine them into one group. This way you'll end up with a small number of tangible idea-groups and one rest group (comprising ideas that fit nowhere).

The selection of a small amount of abstract concepts behind a group of ideas is easier than comparing idea by idea. Once you've made a selection, you look at the different ideas within that group and make the abstract concept more concrete.

The merging of different ideas to achieve the final solution is often the most difficult way to trim the amount of ideas. Fortunately, it's also usually the best solution if you are able to combine different possible solutions.

Combining different elements from multiple ideas will often give the best results.

It's also perfectly possible to combine different elements from one idea into a single idea. The challenging part of merging ideas is that you usually have to redefine an idea's characteristics and combine those - it can be pretty challenging to find which the best combinations are.

When you are in a group and you have to figure out which idea is the best, you're going to have a difficult time if you don't have any method to make the selection process fair.

In group, a democratic voting system is preferred, even though discussion is necessary to help everyone understand why a given idea is better.

Everyone has a different opinion and view, but in general a democratic voting system works out the best. I personally like the following system: All ideas are written down on sticky notes and stuck to a wall. Then, everyone receives between three and five small stickers. Finally, you put the stickers on your favorite ideas. The beautiful thing about this method is that you can choose to either support one idea with all your stickers or spread them over multiple ideas you prefer.

What's important to understand is that this method gives a general idea of what the audience wants. It's preferable to have a discussion on the two or three ideas with the most votes to understand their positive and negative aspects. The first choice may not always be the best, so this is why discussion in a group is quite important.

It's better to wait with the NAR-method until you've selected a couple of ideas using the methods listed above. Very simply, each idea receives a score out of ten for the following characteristics: new, attractive and realizable. The idea is that you analyze every idea on each individual characteristic, instead of counting them together. After all, great ideas will achieve good score on each component.

This method is also great for analyzing which ideas are, for example, very innovative (high score on new) but where you're perhaps missing resources to make it happen (low score on realizable). This isn't necessarily bad news; it's an idea you can hold on to and use at a later date when you have the actual resources.

In general, creativity techniques are a process which will become part of your subconscious. However, if you're completely new to creativity and need some help with defining how and what, our diamond metaphor could give you a great start for learning some techniques to help you with your upcoming project. 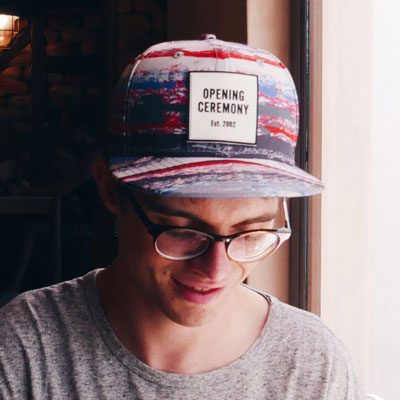