What on Earth is “Digital” Anyway?

What is digital? Seriously, take a moment to write down a two sentence description. Doing so is a lot harder than you might think. We hear the word all the time, yet there is no clear definition. We talk about digital strategy, digital revolution, digital transformation and digital design. Yet we don’t have a clear idea of what we mean by “digital”.

It is no wonder that many clients and bosses have trouble wrapping their heads around it. That we meet resistance in our jobs. That there isn’t the investment there should be. If we want people to take digital seriously we need to get better at defining it and its impact on business.

So let’s do exactly that. We begin at the most basic level, digital is a set of technologies.

Digital is a Set of Technologies

Digital is a term that encompasses a set of technologies that have emerged. Technologies such as:

But as time passes this list continues to expand. For example we could now add:

In fact I am sure you can think of technologies I have missed.

What is most interesting is that these technologies have emerged in rapid succession. They have built on and enhanced one another. It is their cumulative effect that has brought about the revolution we are seeing.

Digital is a Revolution

If all we do is define digital as a set of technologies it does nothing to communicate just how profound an impact they are having on the world. For many of our clients and bosses, technology is of no interest.

What is of interest is the impact technology can have. When the printing press came along it increased literacy and undermined the rule of the Catholic Church. With industrialisation we saw an exodus from the countryside into cities. When the automobile became mainstream people moved back out to the suburbs.

We see the same with digital technologies. Twitter is undermining governments. The web has democratised the means of publishing, and mobile has given us access to the whole of human knowledge in our pockets.

We now live in a world where you can become an author without a publisher, a musician without a label and a journalist without a news outlet.

In short, digital has empowered people. That is changing our behaviour.

Digital is a Change in Behaviour

When we speak about digital we need to focus on people and not technology. At the end of the day it is the impact digital has had on us as human beings that lies at the heart of digital.

Humans have an interesting relationship with technology. We create it, but technology changes us. Digital is a great example of this.

I could bore you with just how much. How digital is rewiring our brains and altering our behaviour in profound, subtle ways. But your colleagues, clients and management won’t care.

What they will care about is how those changes in behaviour impact them.

The main example of this is that digital has brought about a profound shift in power. Before digital the power lay with the company. With limited choice and limited options to complain, the consumer didn’t have much of a say. The company had the budget to promote their products. They decided what we could buy.

Today things are completely different. Today every consumer has access to a worldwide market of competitors sitting in their pocket. They are not limited to those recommended by a handful of friends or those who have the marketing budget to get in front of them. Neither are they limited by geography. They can get the best product for them, no matter where it is in the world.

But even more significant is that every consumer now has a voice. A voice to praise or complain. It used to be that only companies had that kind of power because only they had the budget to reach a mass audience. Now every person has an audience of Facebook friends or Twitter followers. Now every consumer can post a review.

Take, for example, the story of Hasan Syed. British Airways lost Mr Syed’s father’s luggage. After trying to recover it with no success, Mr Syed turned to social media. He took out a promoted tweet that read:

Anybody mentioning British Airways received this damning tweet in response. This in itself would be bad enough. But the viral nature of the web made things much worse for British Airways. The tech blogs picked up on the story and then mainstream media followed suit.

What makes this story even more poignant was British Airways’ failure to respond. This was because they only monitored social media within normal business hours. In the global, 24/7 world of digital, this just wasn’t enough. It highlights the final aspect of digital that is the real killer for our clients and bosses. Digital is changing business.

Digital is a Change in How we do Business

If digital is changing the world and changing consumers, it is inevitable that it will change business too.

The most obvious manifestation of this is in customer service. With the power now in the hands of the consumer, providing an outstanding service has become paramount. Where once features were the primary selling point, now it is convenience.

iTunes supplanted high street music retail through the convenience of being able to download a single song. Consumers found this preferable over going to the high street and buying a whole album. Blockbusters closed it doors, because it was more convenient to watch what you wanted on demand via Netflix. Uber terrifies taxi companies because it makes catching a cab so easy.

Customer service isn’t the only change digital has introduced to the business world. It has also allowed smaller players to compete with well established companies. Because the cost of promotion as plummeted, name recognition is not what it was.

Digital has also opened up entire new markets that would have been impossible before. It allows niche products that wouldn’t be viable because reaching the right audience was too difficult. It has even provided alternative funding methods through things like crowdfunding.

Don’t feel bad that you struggled to come up with a definition of digital. As we’ve proved, it’s complicated. But we do need to become better at communicating this to clients, colleagues and management.

I leave you with my attempt at a two sentence description. I would love to read yours in the comments below:

“Digital is a set of technologies that has revolutionised society and changed our behaviour. Changes that are forcing organisations of all types to adapt their operational models.” 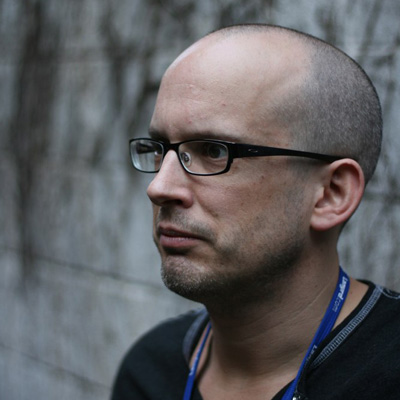 Paul Boag
Paul Boag is the founder of UK Web design agency Headscape, author of the Website Owners Manual and host of award-winning Web design podcast Boagworld.
Weekly email summary
Subscribe below and we’ll send you a weekly email summary of all new Web Design tutorials. Never miss out on learning about the next big thing.
Advertisement
Translations