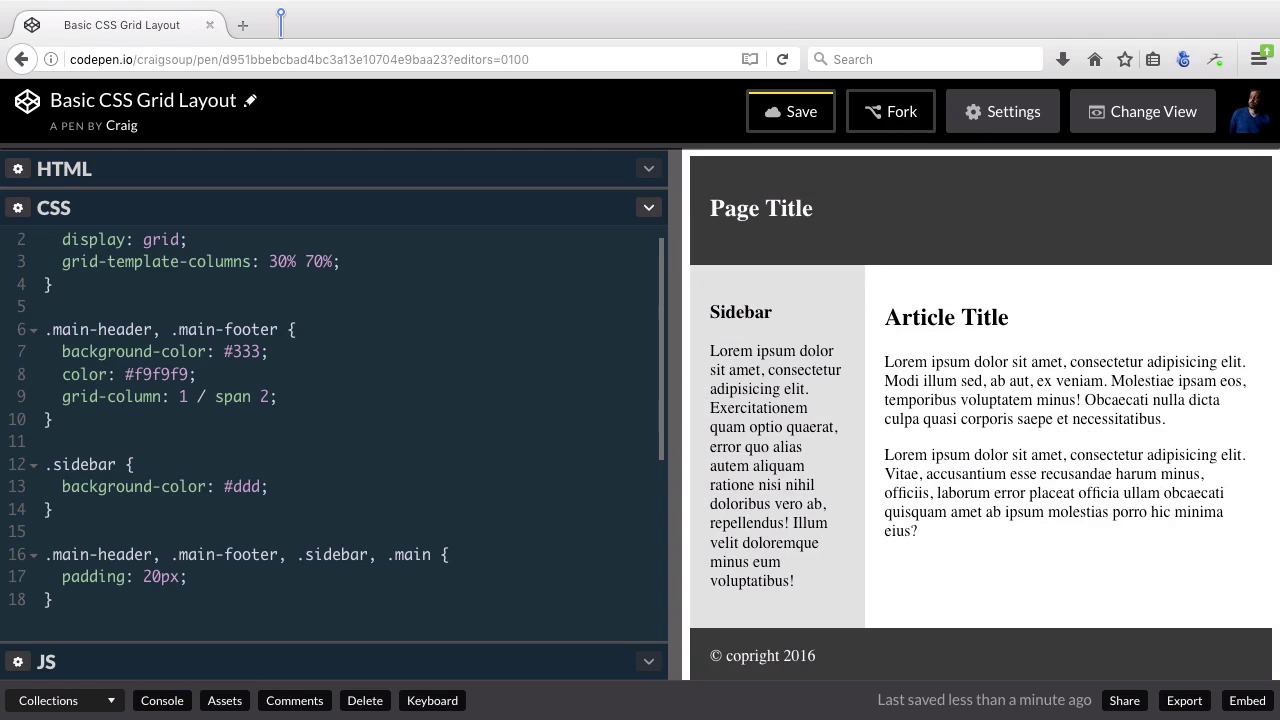 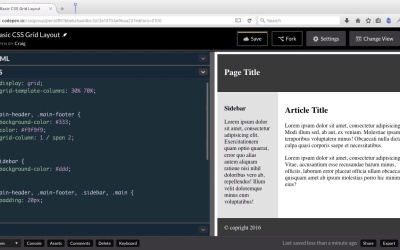 In our first version of this simple Grid layout, we’re going to define our grid areas using the grid-column and grid-row properties.