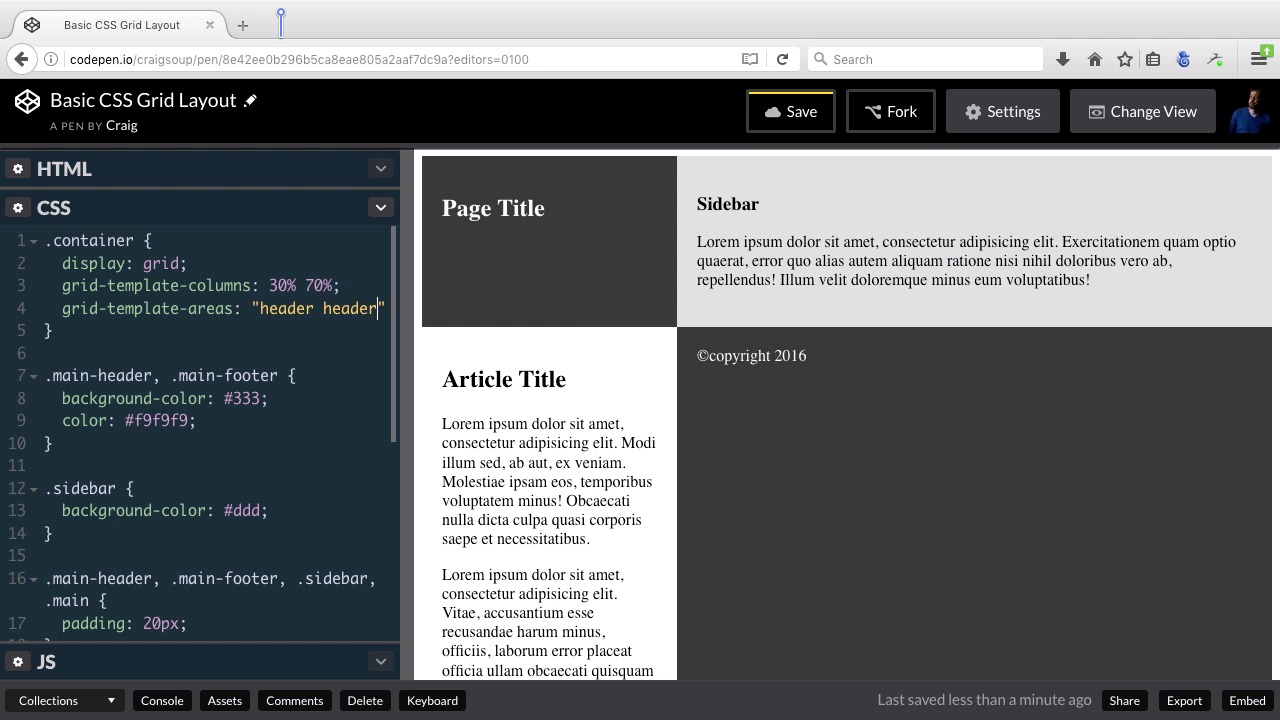 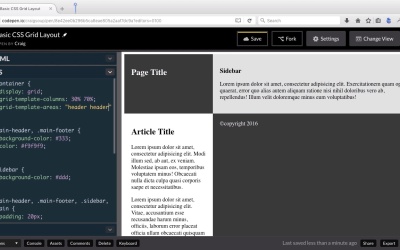 In this lesson, you will create a similar layout to the one we discussed in the previous lesson, but this time you will be defining template areas and giving them names.