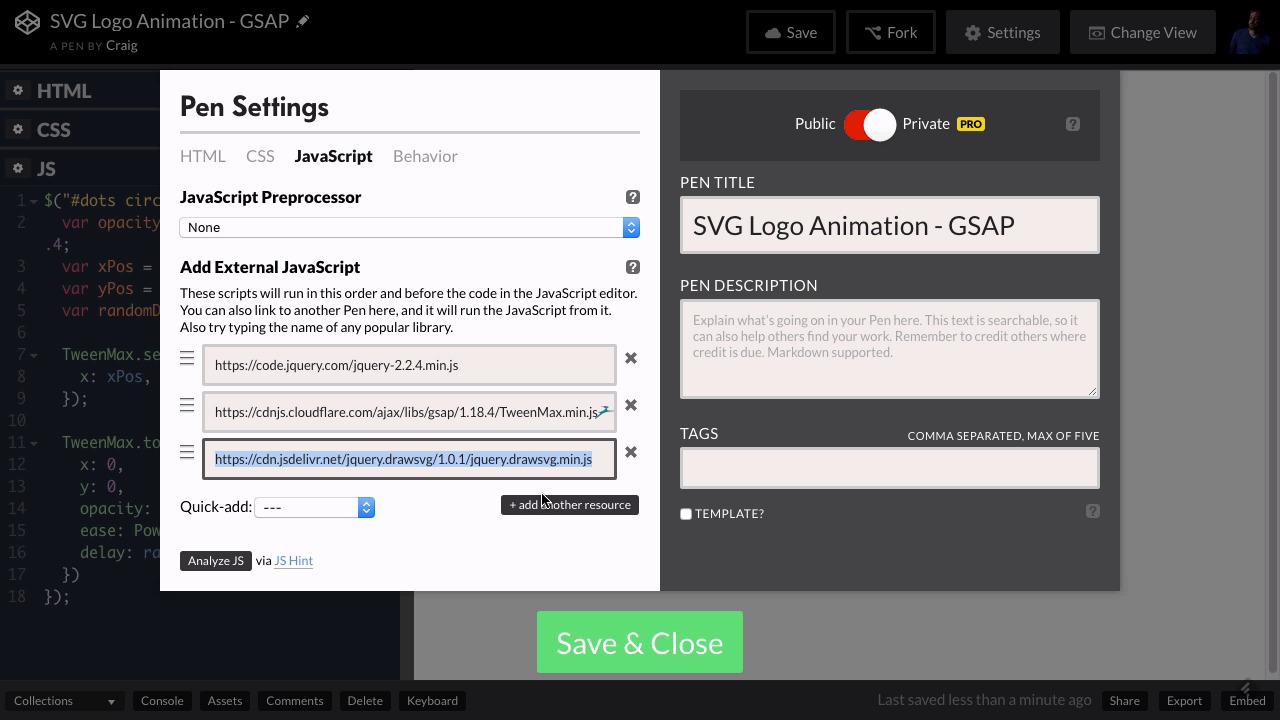 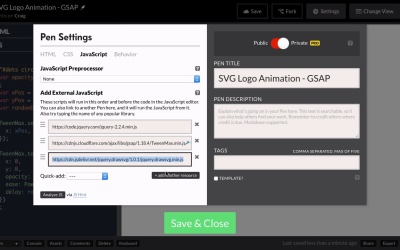 In this lesson, you will learn how to animate the outlines of your text using another JavaScript framework called “jQuery DrawSVG”. This framework is very easy to use for what we’re trying to accomplish in our animation.