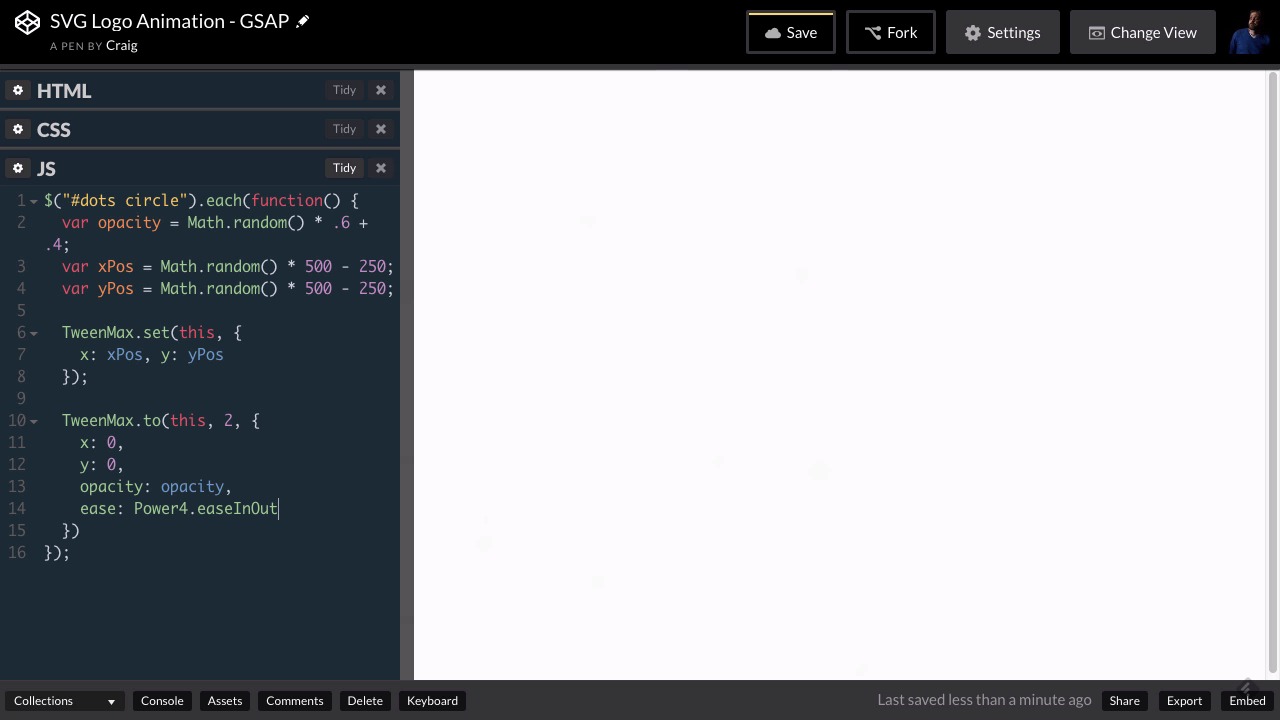 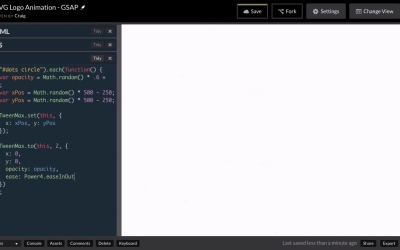 With your positions randomized, in this lesson you will use GreenSock to animate the circles back to their original position, and then fade them to their randomly selected opacities.