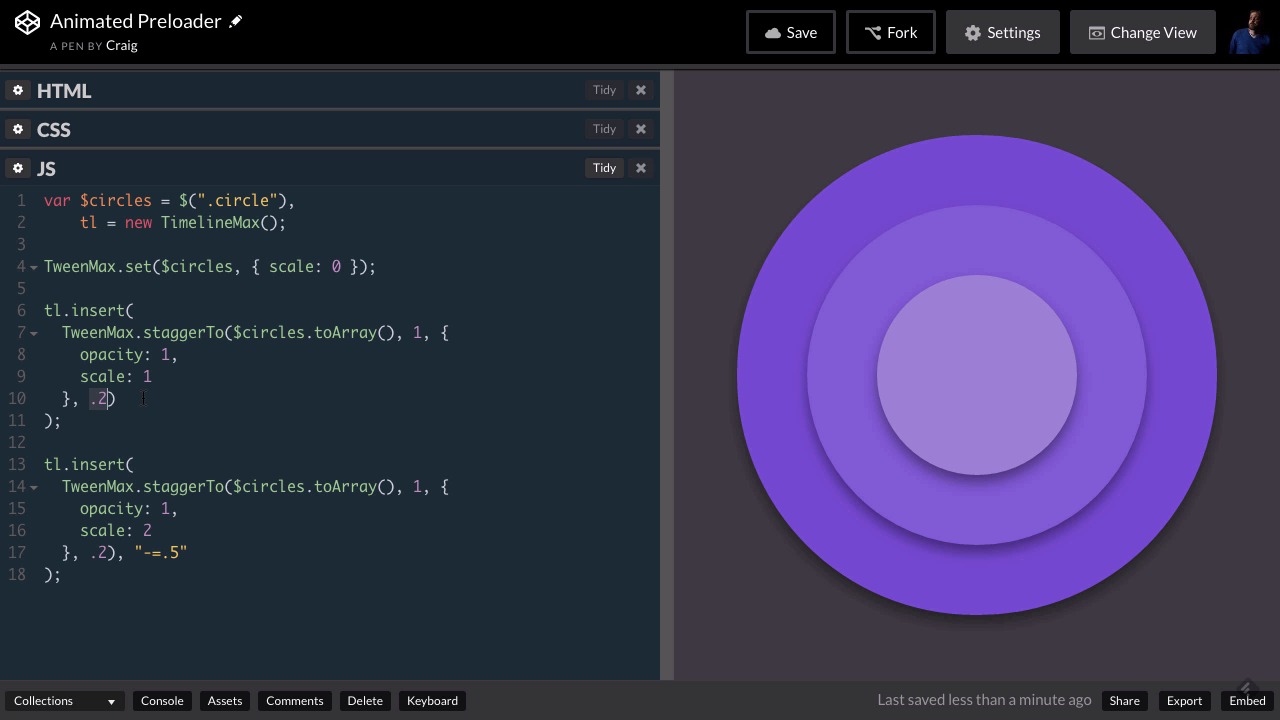 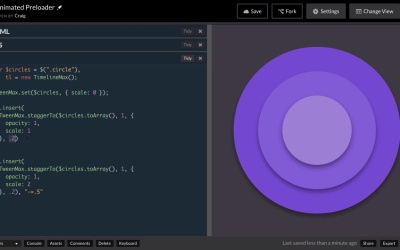 Let’s add another animation to our timeline. This new animation will comprise circles bouncing against the background of the website.