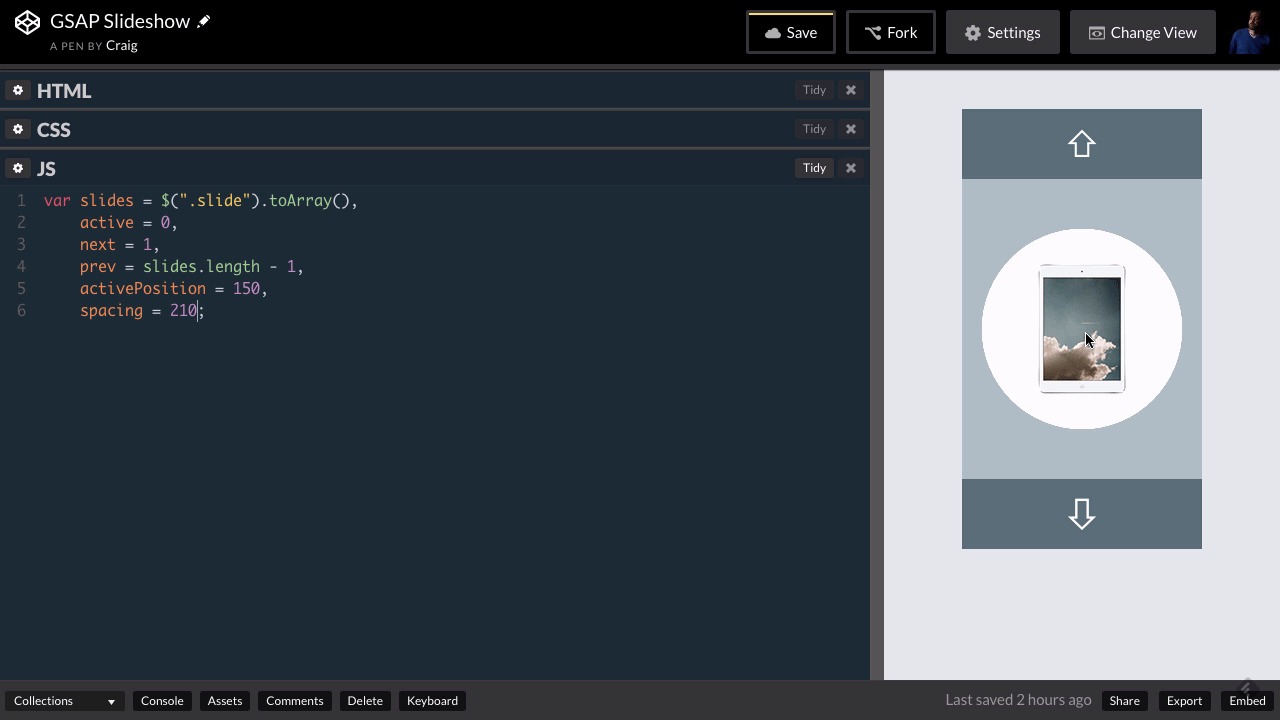 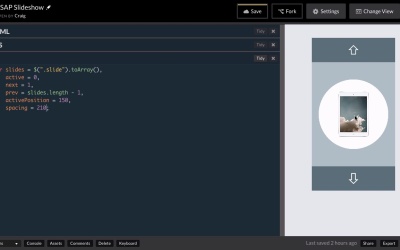 4.3 Setting Up Some Variables

Before we get too far into our JavaScript, we have a lot of values to keep track of. In this lesson you’ll create a series of variables to store your slides, plus a few properties related to those slides, including their positions.

4.3 Setting Up Some Variables