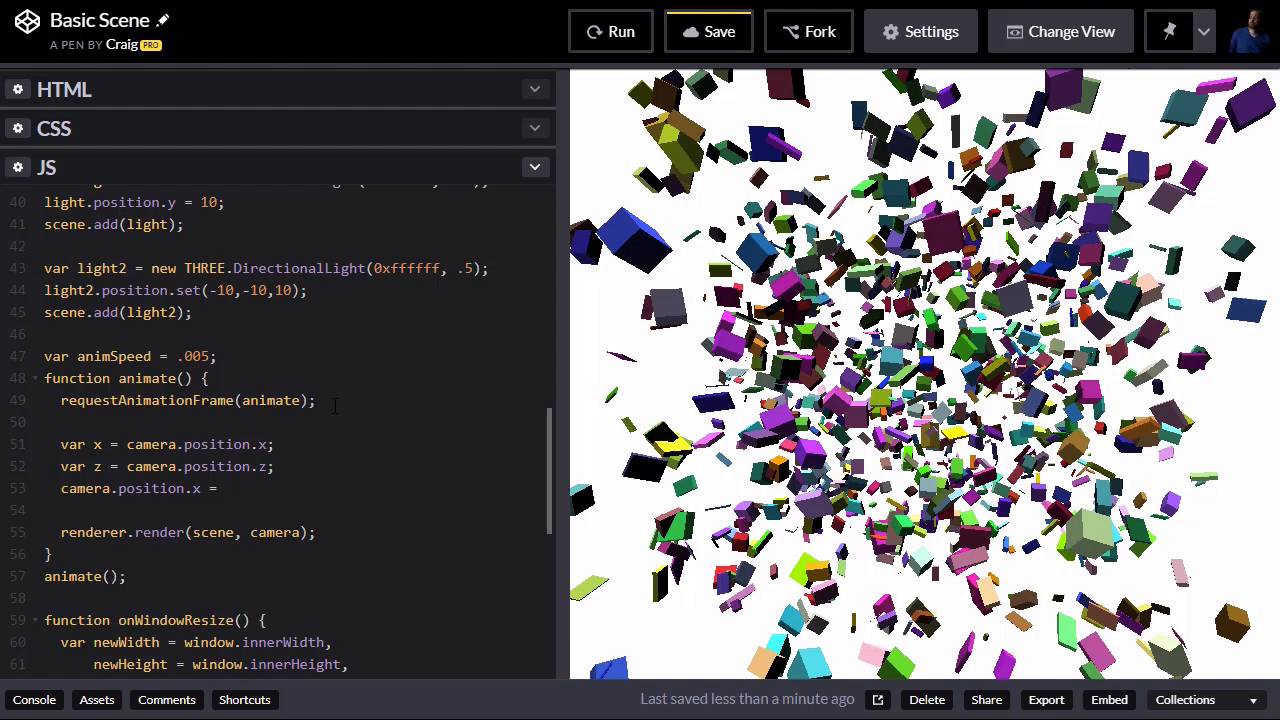 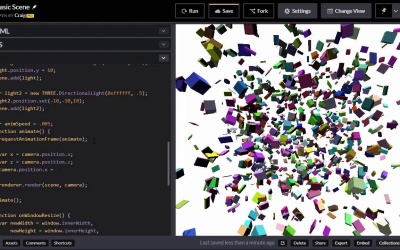 In this lesson, you will learn how to use a little JavaScript trigonometry to orbit your Three.js camera around an object in your scene.