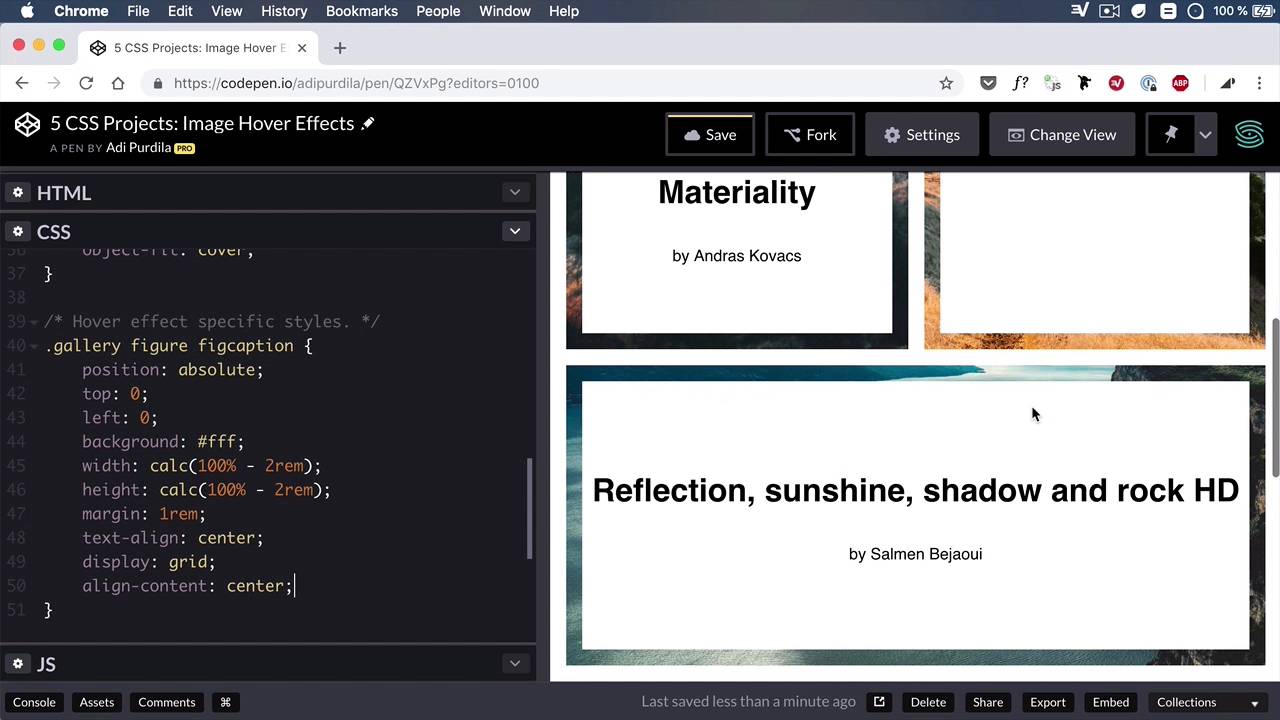 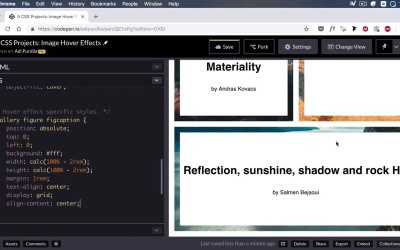 2.3 Captions With Opacity and Scale

The first two hover effects you learned were pretty simple; we only played with the image itself. In this lesson, we’ll make things more complex by adding captions. Let’s begin.

2.3 Captions With Opacity and Scale