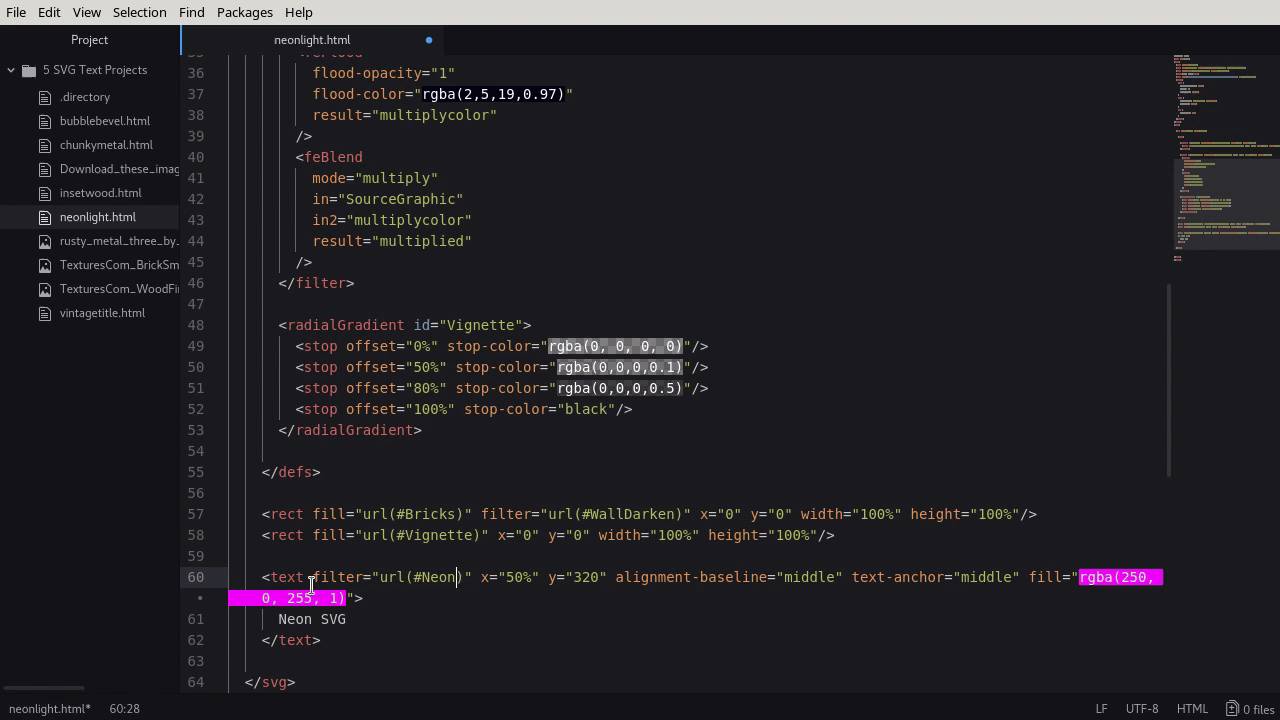 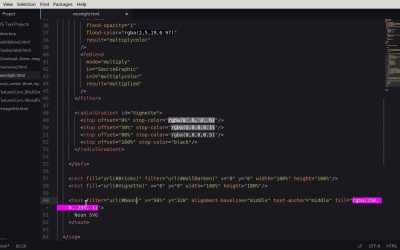 Now that we’ve been through some styling methods with SVG, we’re going to start moving into some fancier designs. In this project, we’ll create a (slightly cyber punk) neon light text style.