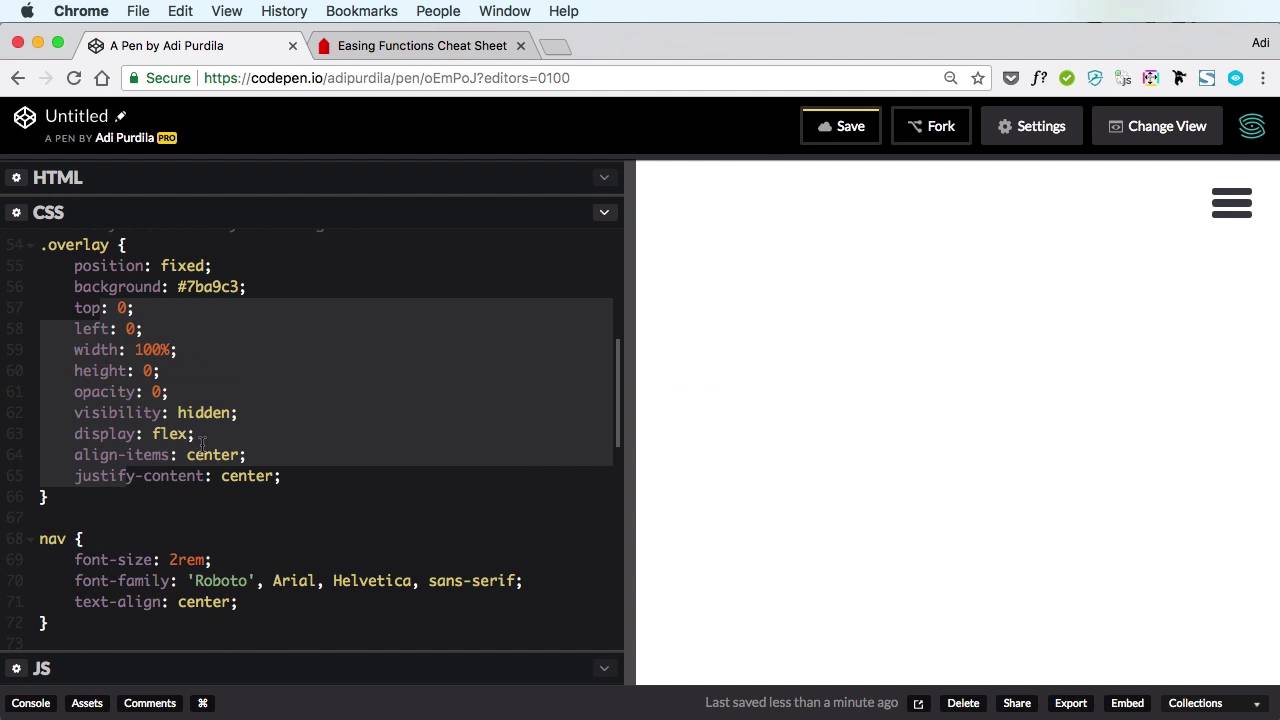 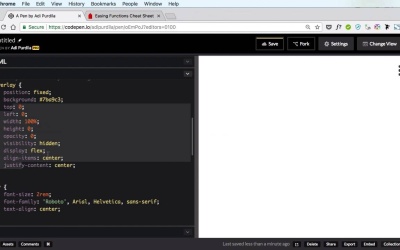 The sixth and final project for this course is a full-screen navigation overlay. This is a pattern that has started to “pop up” on many websites these days, and we’ll build one step by step.

With that done, you’ve completed these six animation projects! I hope you enjoyed them, and I look forward to seeing you in the next course.