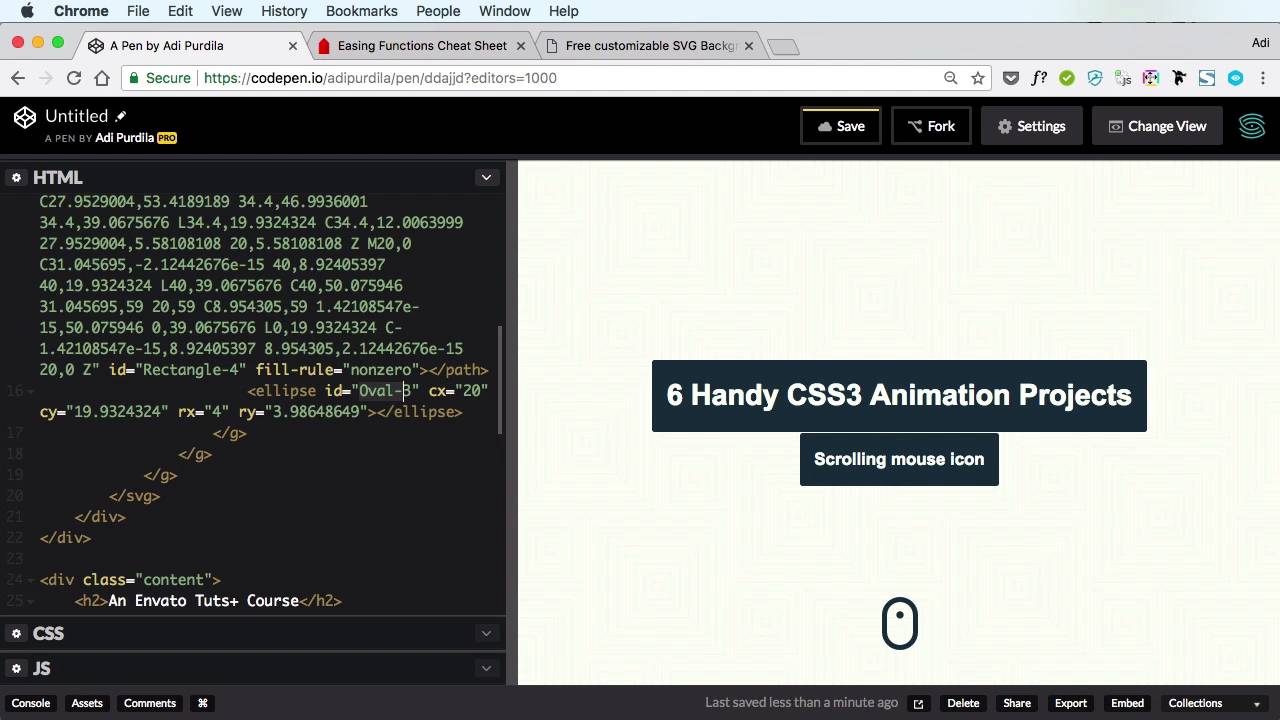 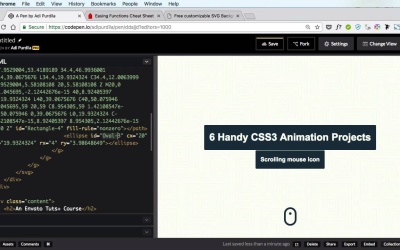 For the fourth project in this short course, we’ll create a scrolling mouse animation—very useful as a visual indicator for the existence of content below the fold. Let’s begin.