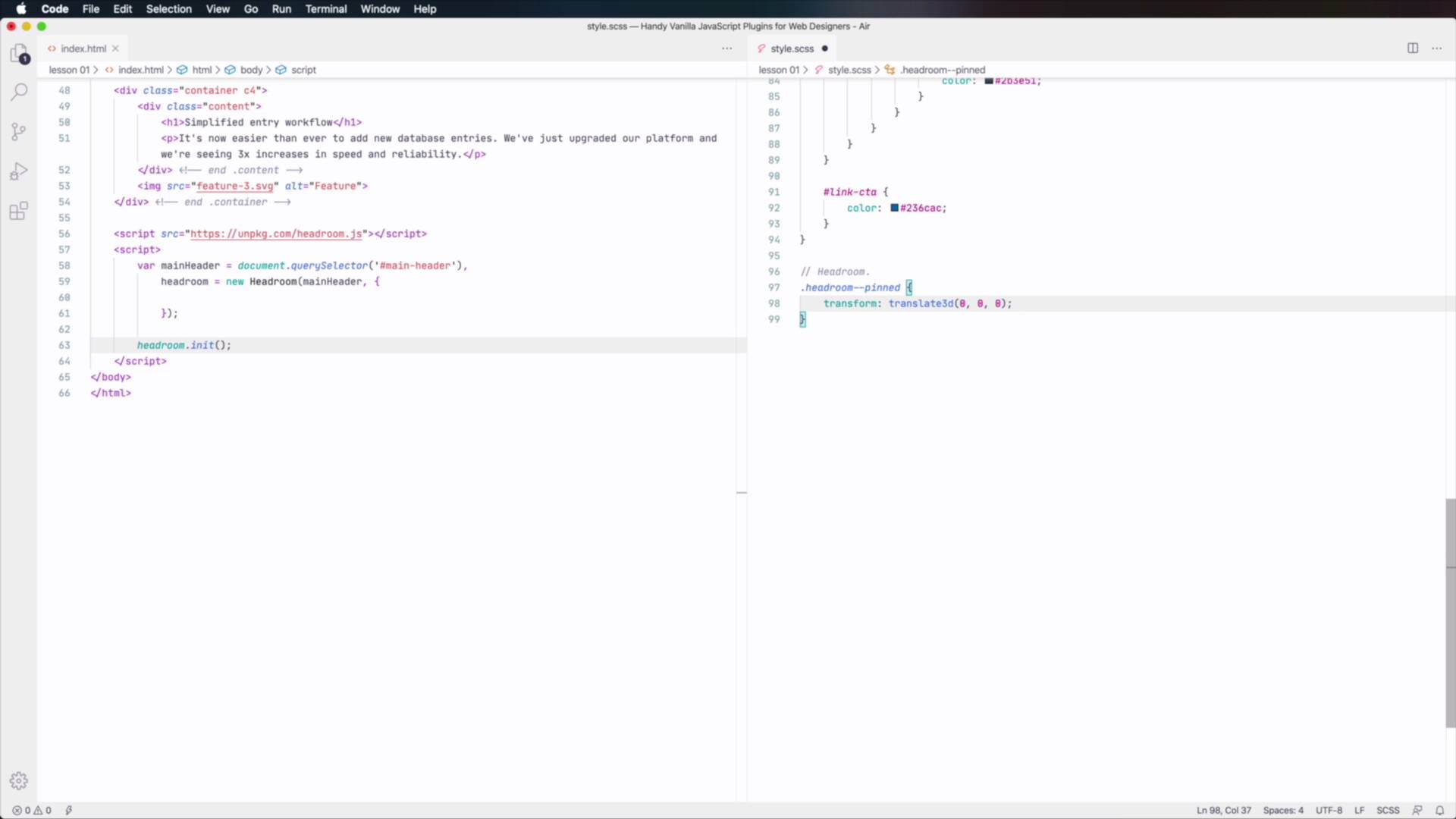 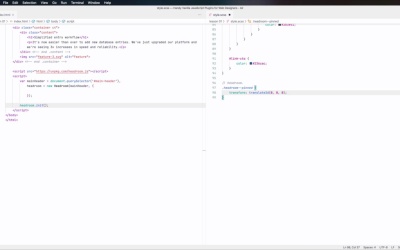 Headroom.js is a very lightweight plugin that is designed to hide a header element until you need it. Of course, that’s not the only thing you can use it for, but it certainly works best when used on a header.

Let me show you a simple example.