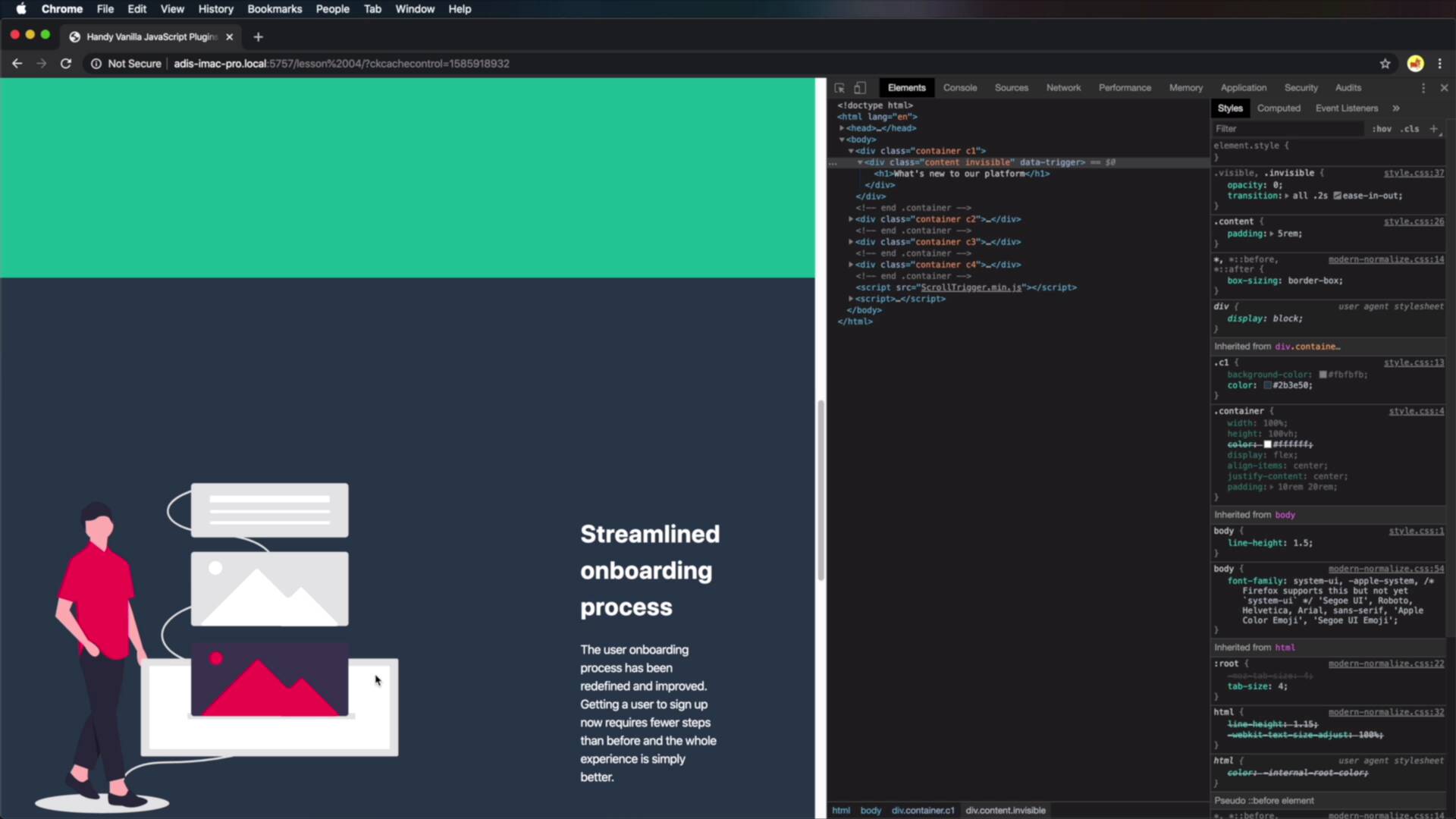 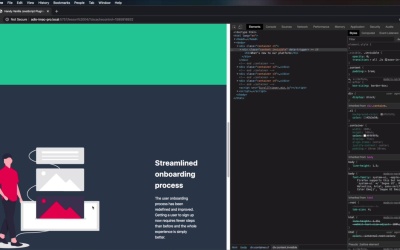 ScrollTrigger is a library that toggles certain classes on various elements based on your browser window’s scroll position. In other words, you can use it to add or remove classes when you scroll to a certain element.

There are many potential use cases for this, but probably one of the most popular is to trigger an animation on an element when you scroll down to it. Let me show you an example to see how it works.