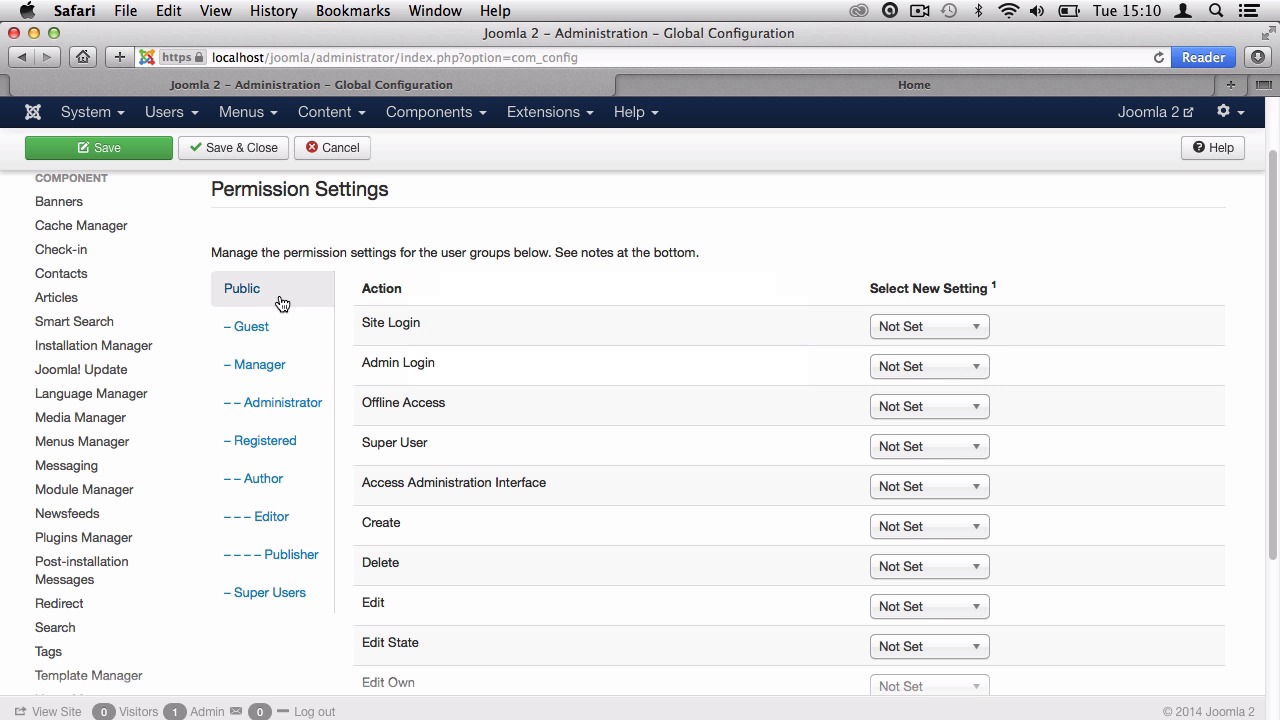 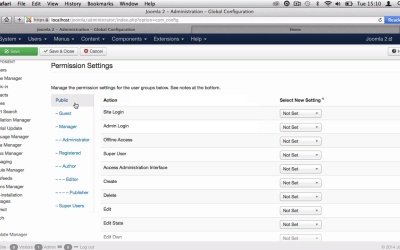 We’ll now look extensively at the permission system within Joomla, which is vital to the security of your CMS. Also with security in mind we’ll look at the text filtering to prevent malicious code being injected or prevent inappropriate commenting.