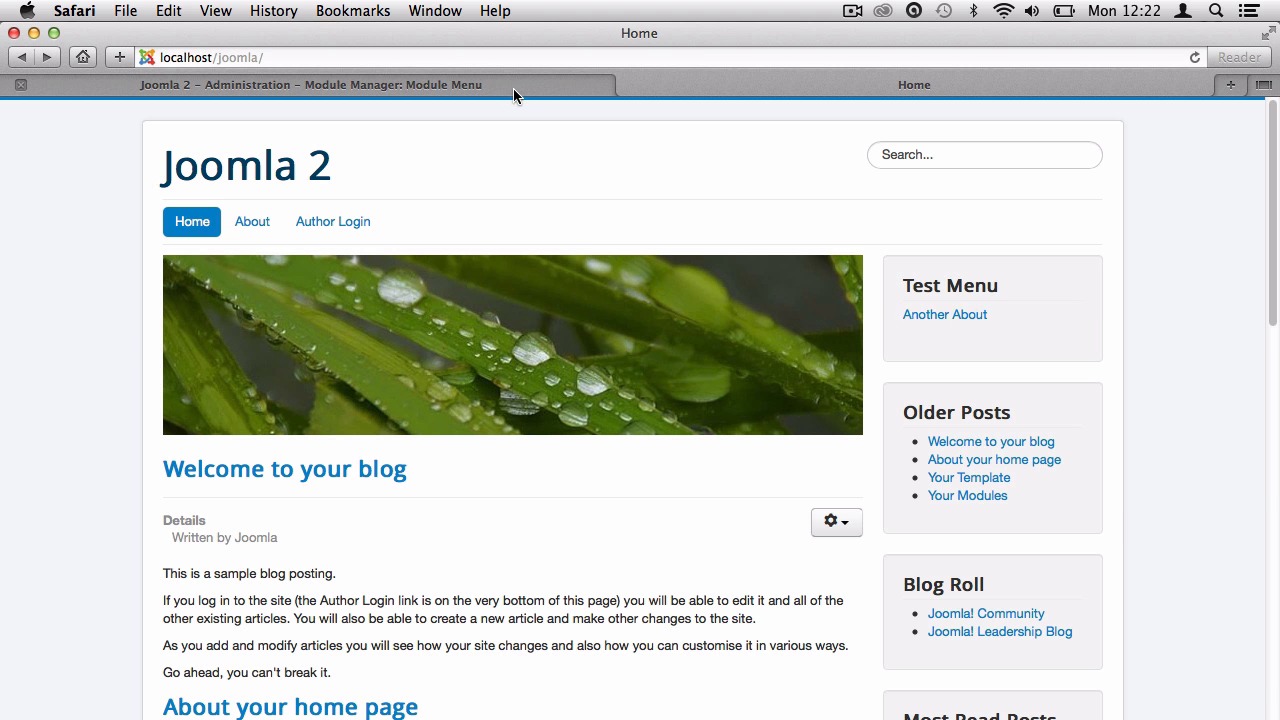 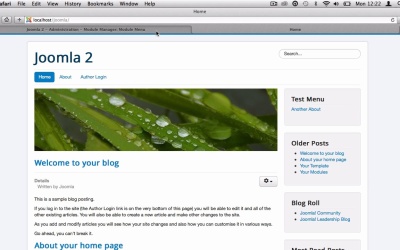 Now we’ve created a menu with one published menu item, it’s time we make it visible on the front-end. We must first create a module that will be assigned to a menu. This module will generate the HTML code, but we must also assign a position to tell the HTML code where to be rendered. On top of that we’ll be creating a second module for the same menu to demonstrate the flexibility of Joomla and the module system.