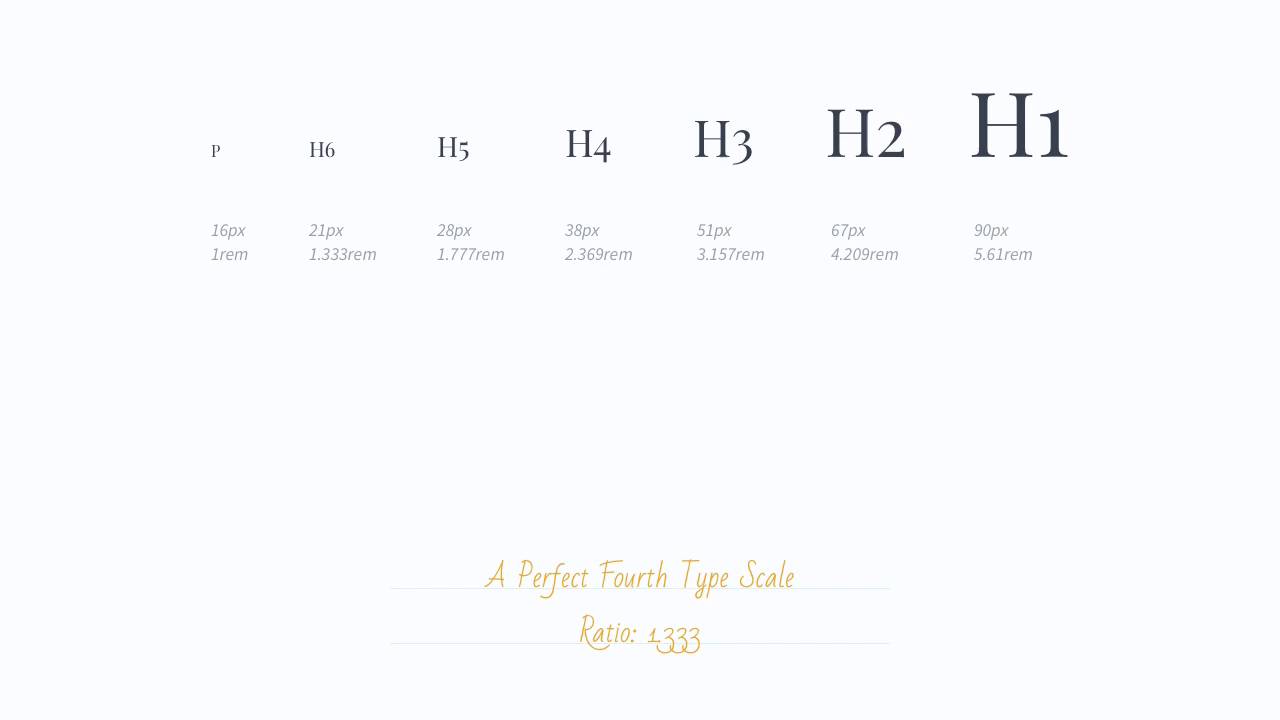 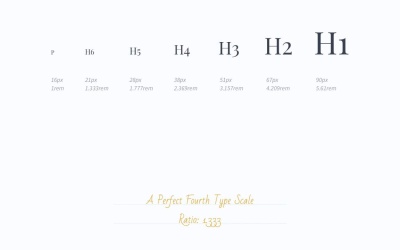 2.2 Exploring the Different Types of Scales

Several ratios have been tried and tested for many years now, and these ratios give you really harmonious scales. The one we looked at in the previous lesson, the Golden Ratio, is one of them.

Let’s have a look at a few more and see the types of scale they create.

2.2 Exploring the Different Types of Scales

There are a few ratios that have been tried and tested for a long time, and they created some really harmonious scales. The one that you saw in the previous lesson, the golden ratio, is one of these harmonious scales. Now, let's look have a look at a few more and see what types of scales they create. This is the major second scale, and it's based on a ratio of 1.125. This is probably one of the more linear scales in the sense that the progression of font sizes is very smooth. There's a very small difference between each font size. Moving on, this is the minor third scale with a ratio of 1.2. We can already see there is a much bigger difference between each font size. This is also a pretty linear scale. Now this right here is probably the most popular scale out there. I've seen it being used over and over, and I've used it myself. It's called the perfect fourth and it has a ratio of 1.333. This is not as linear as the one I showed you previously, and there's a big difference between each step in the scale. With this you have your default 16 pixels for body text, but use much large font sizes for the main headings, like H1 and H2. Two other popular scales are augmented fourth and perfect fifth with ratios of 1.414 and then 1.5 respectively. Again, not linear and with huge differences between the lower font sizes and the top ones. So, with so many available scales and ratios, how do you choose the perfect one for your project? Well we'll try and answer that in the next lesson.