A Visual Guide to “em” and “rem” Units 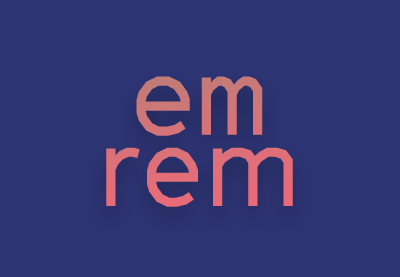 2.3 The Effect of Inheritance on `em` Units

The most significant characteristic of em units is the way inheritance from one element to the next affects its sizing. In this lesson we’ll eliminate a myth of em inheritance, and look at how it really works.

2.3 The Effect of Inheritance on `em` Units