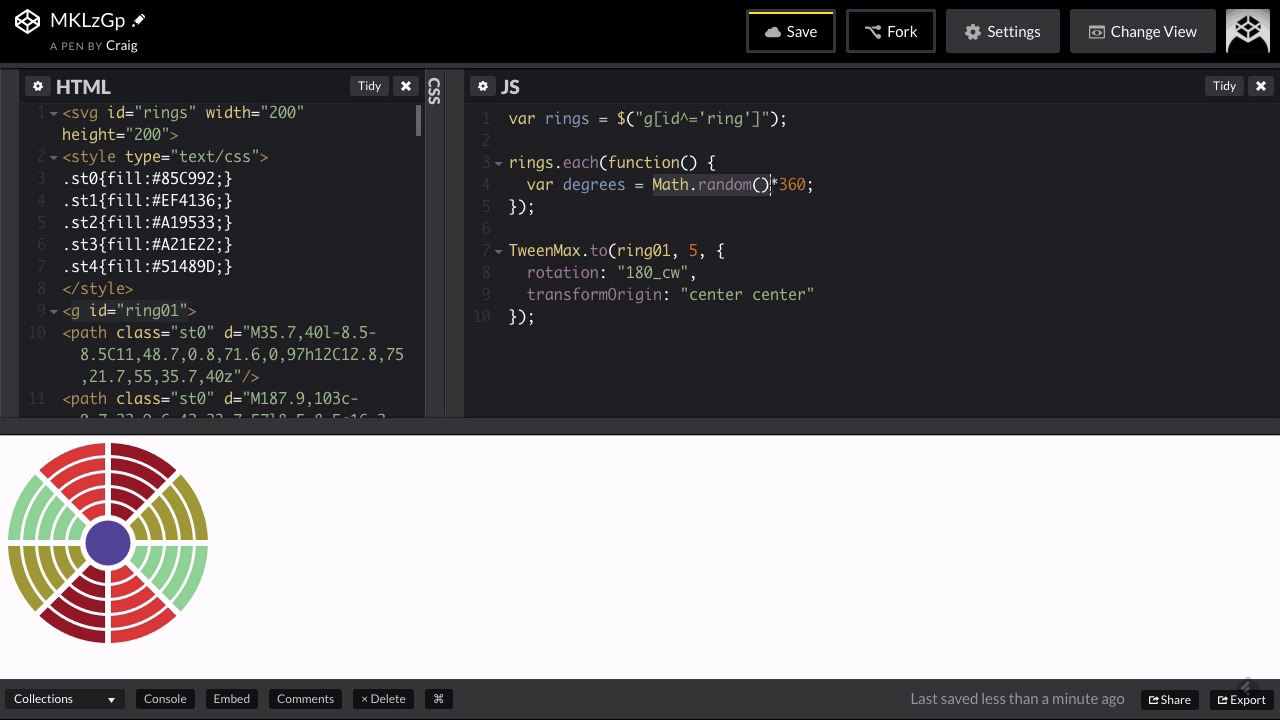 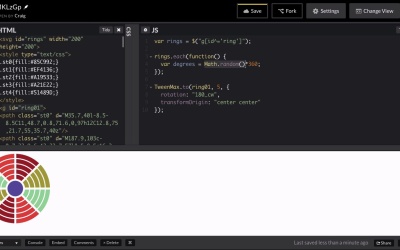 In this lesson, you will set up random rotations for each of the rings in your SVG object using the DirectionalRotationPlugin.