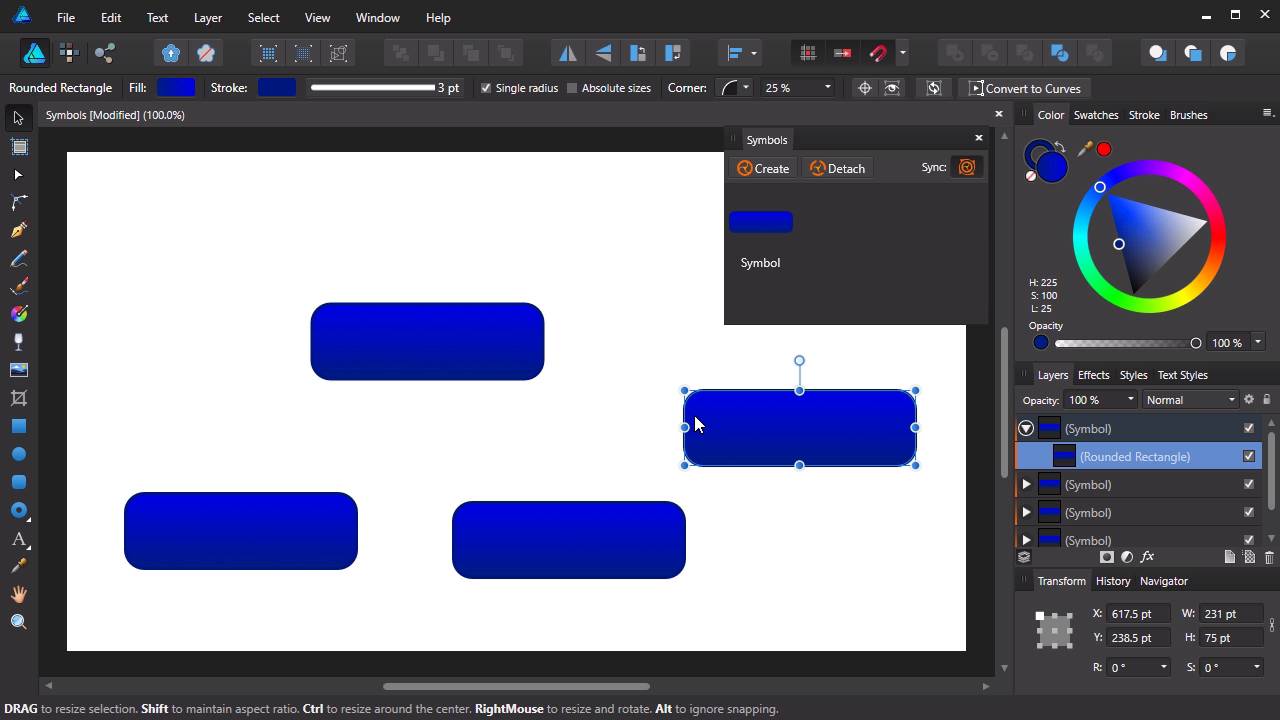 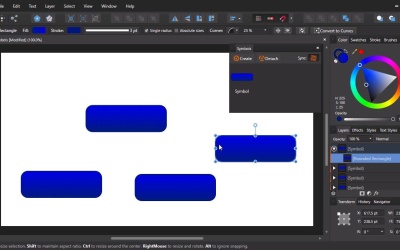 Symbols have been a much-loved feature in a few different graphics apps for some time, and in version 1.5 they came to Affinity Designer as well. In this lesson you’ll learn how to turn objects into symbols that can be reused throughout your designs, how to edit multiple instances at once in real time, and how to set certain properties of symbol instances independently.