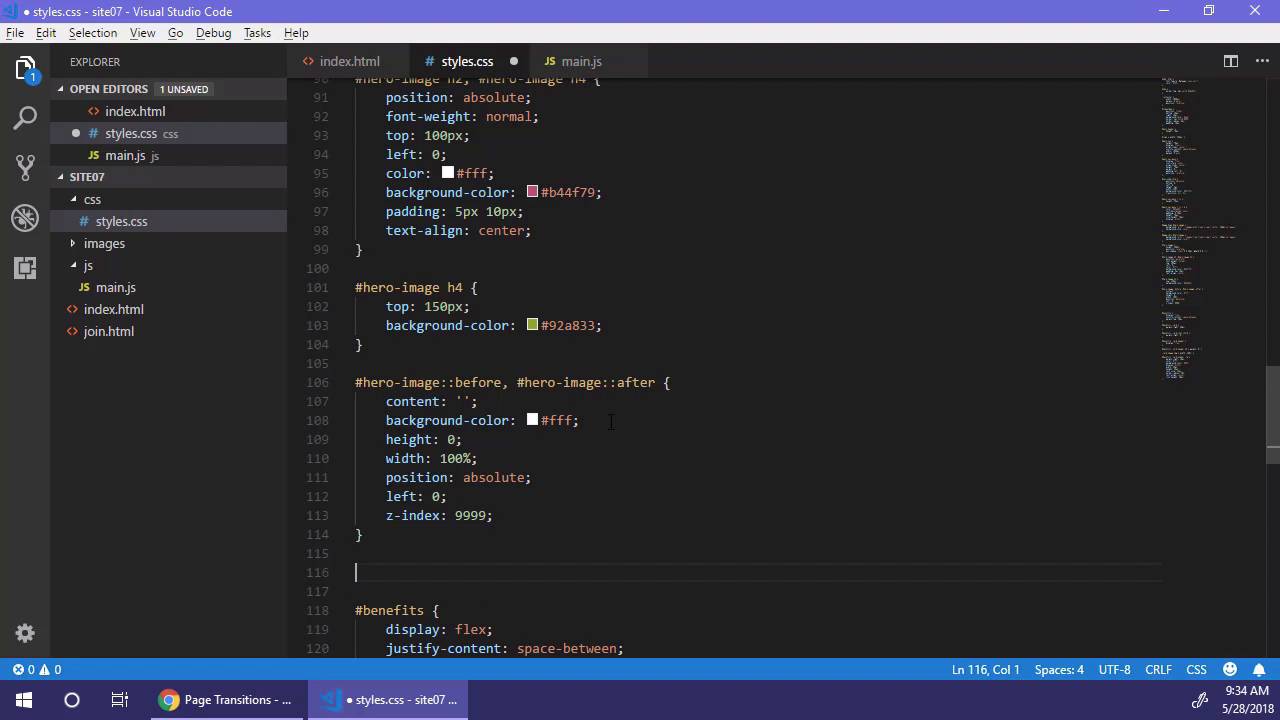 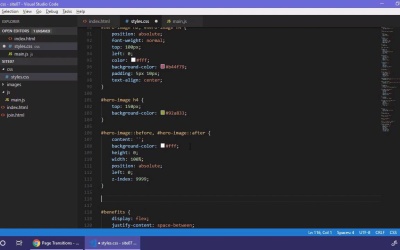 In this lesson, you will get your feet wet with animated page transitions as you create a CSS animation for the hero image on the page.