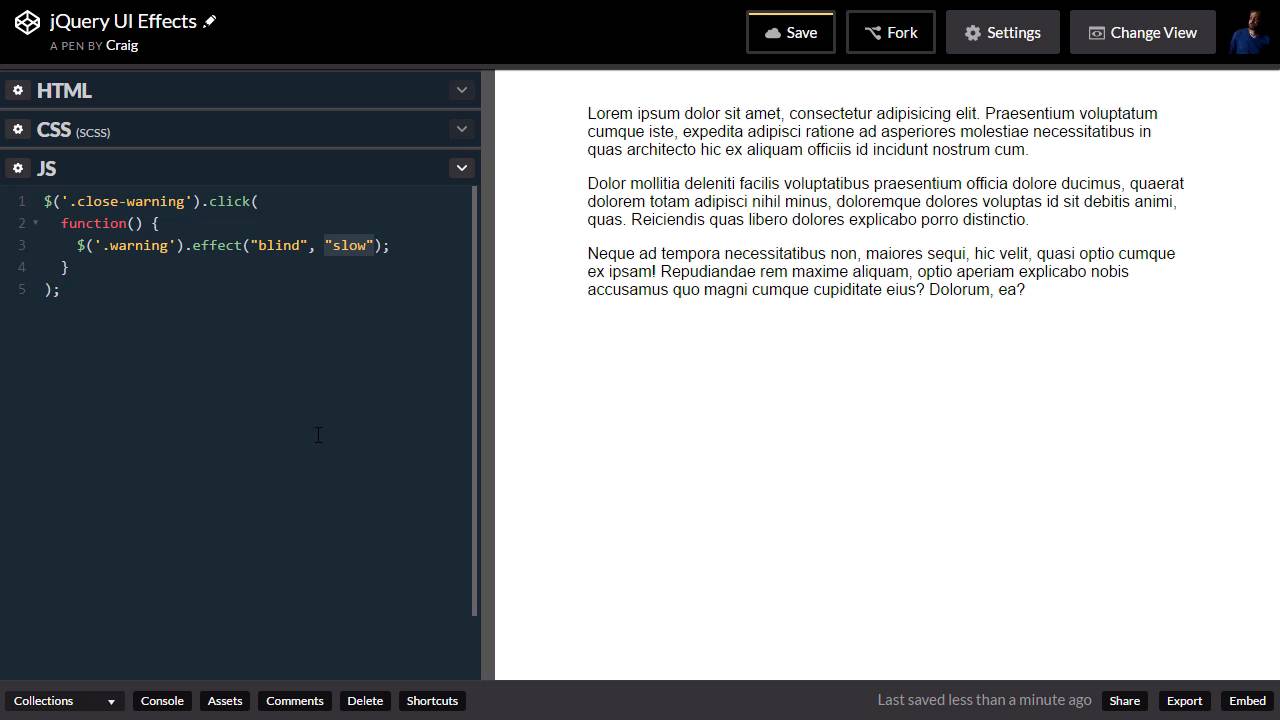 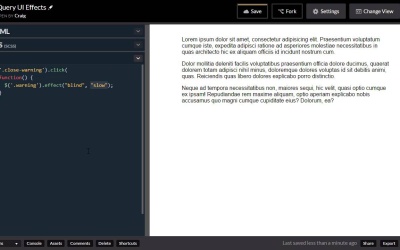 In this lesson, you will learn how to use the jQuery UI effect() method to easily create a number of different animation effects.