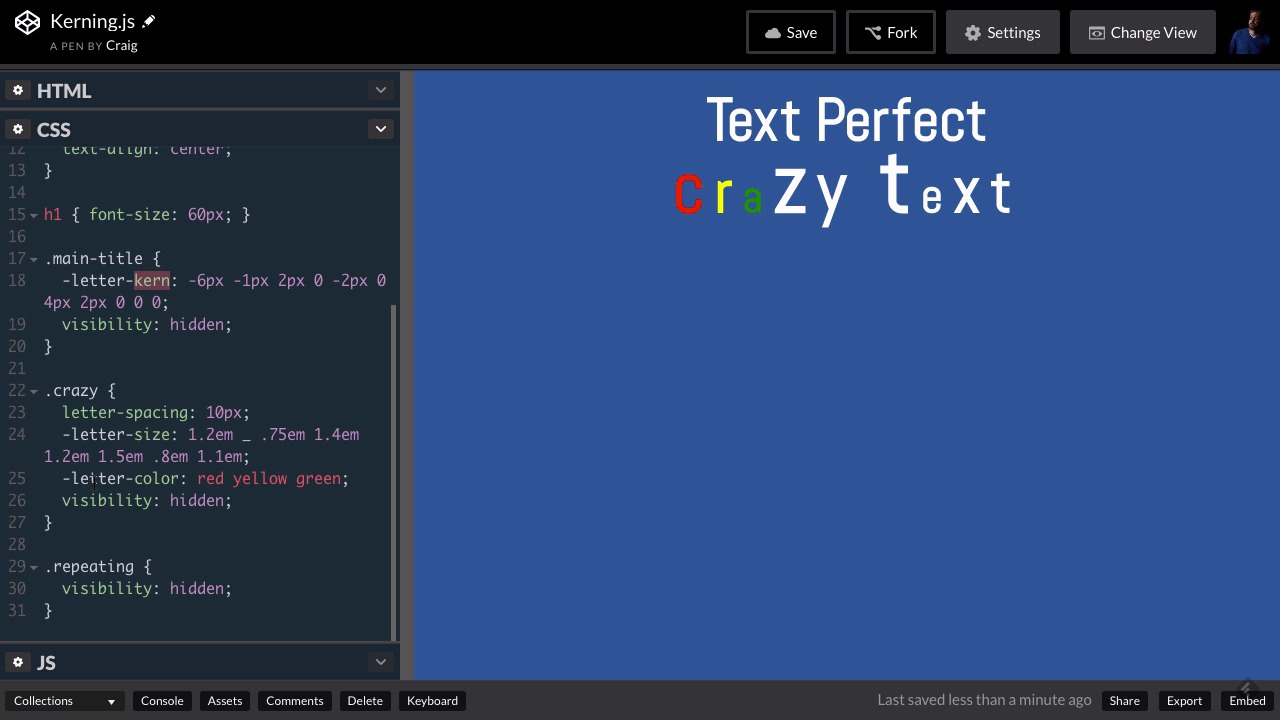 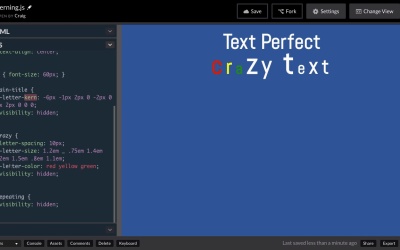 Kerning.js doesn’t stop with character spacing. In this lesson, you will pick up where we left off in the previous video, as you learn to use the framework to adjust the color, size, and transform properties letter by letter and word by word.