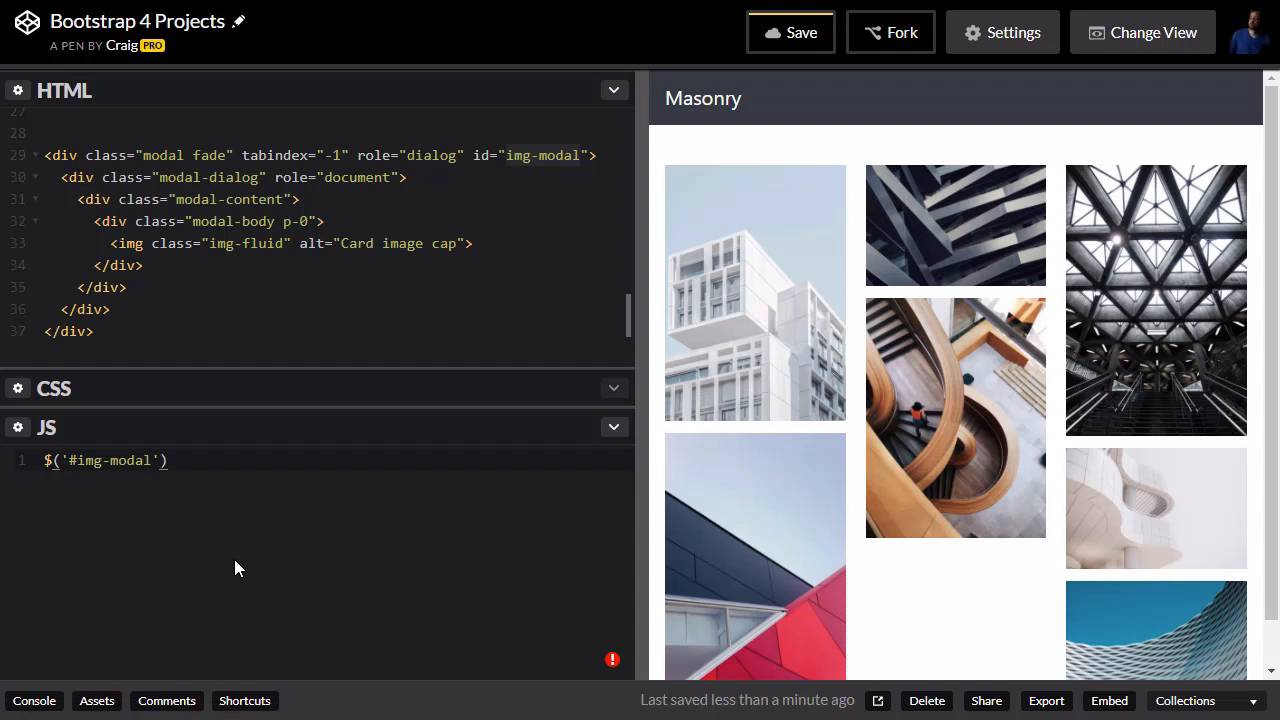 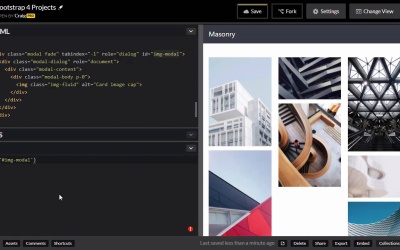 Bootstrap 4’s new card columns feature is extremely powerful. In this lesson we’ll use it to build a masonry photo gallery with a pop-up display.