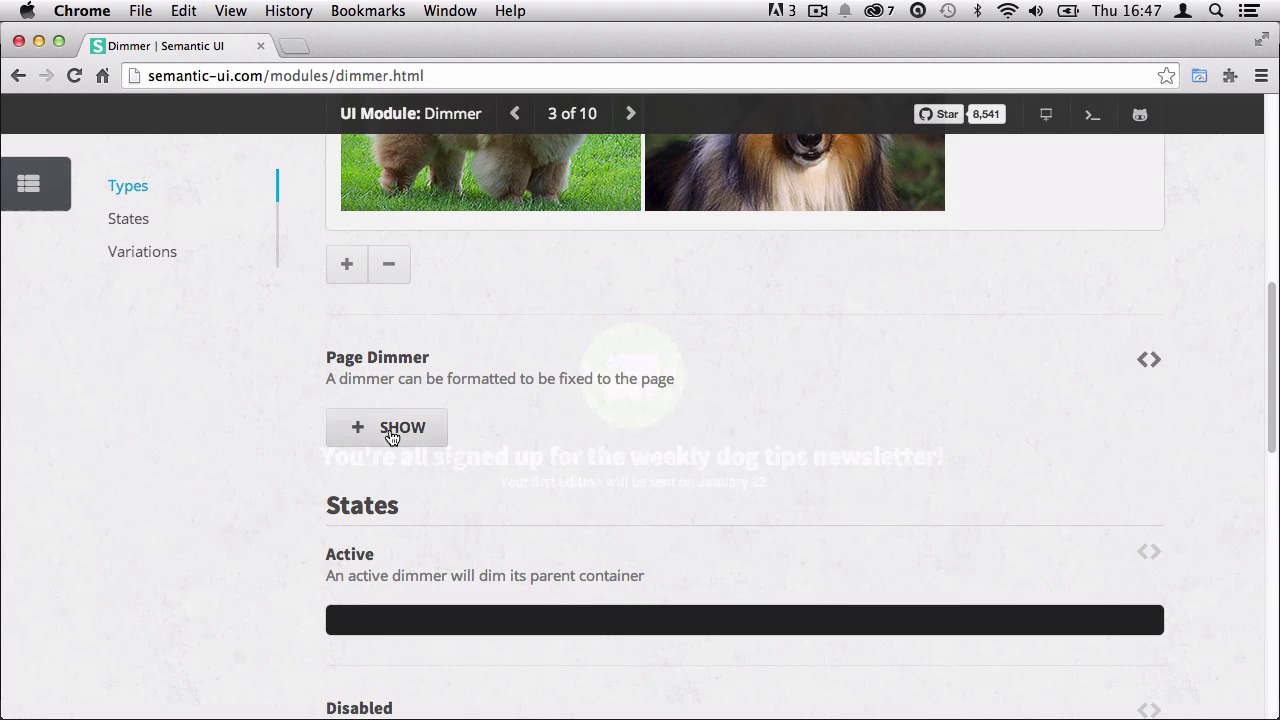 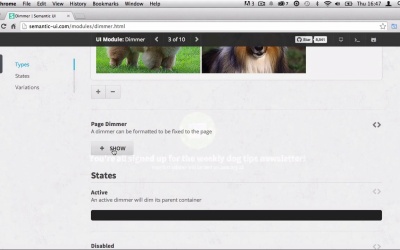 Next up is our About page. We’re going to start by adding in an image and some paragraph text. After that we will add a dimmer to the image itself, and a dimmer for the whole page.