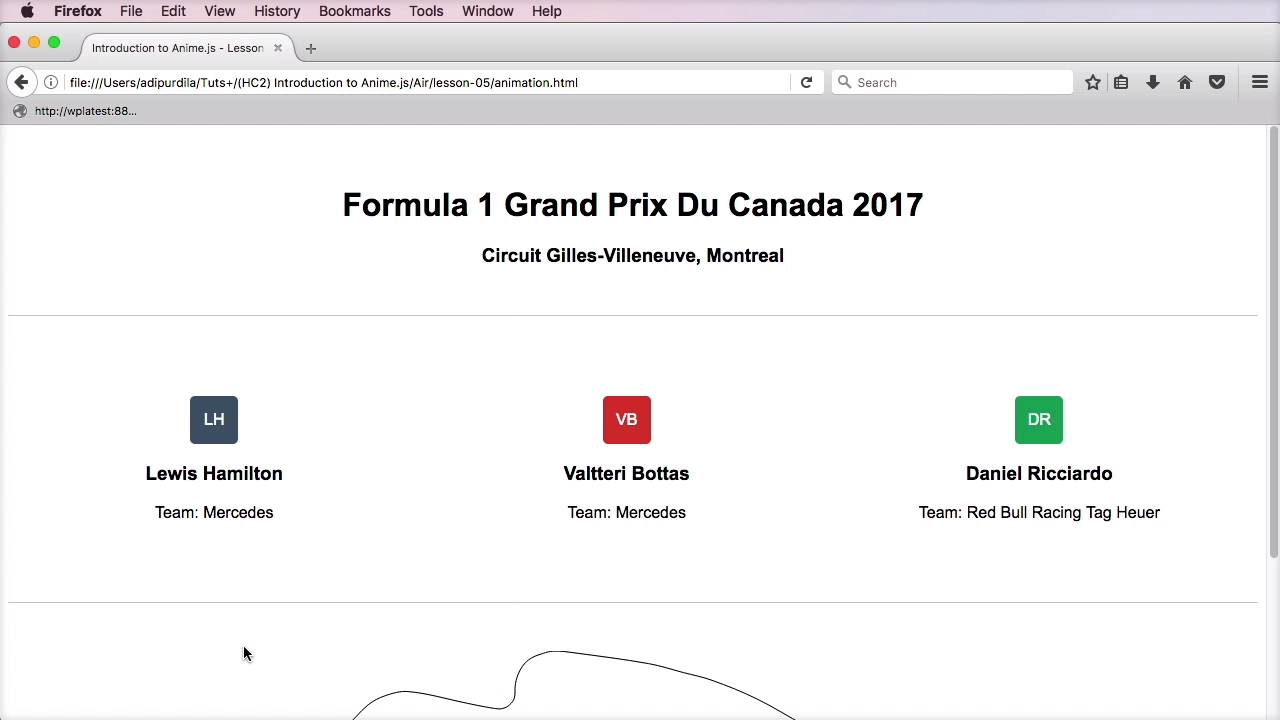 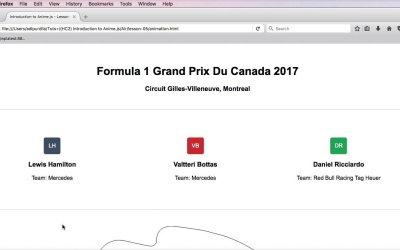 In the introduction video you’ll have seen a simple, animated representation of a Formula 1 race. Believe it or not, that was actually quite easy to do. In this final lesson I’m going to show you how to create that animation, step by step. Let’s get started!