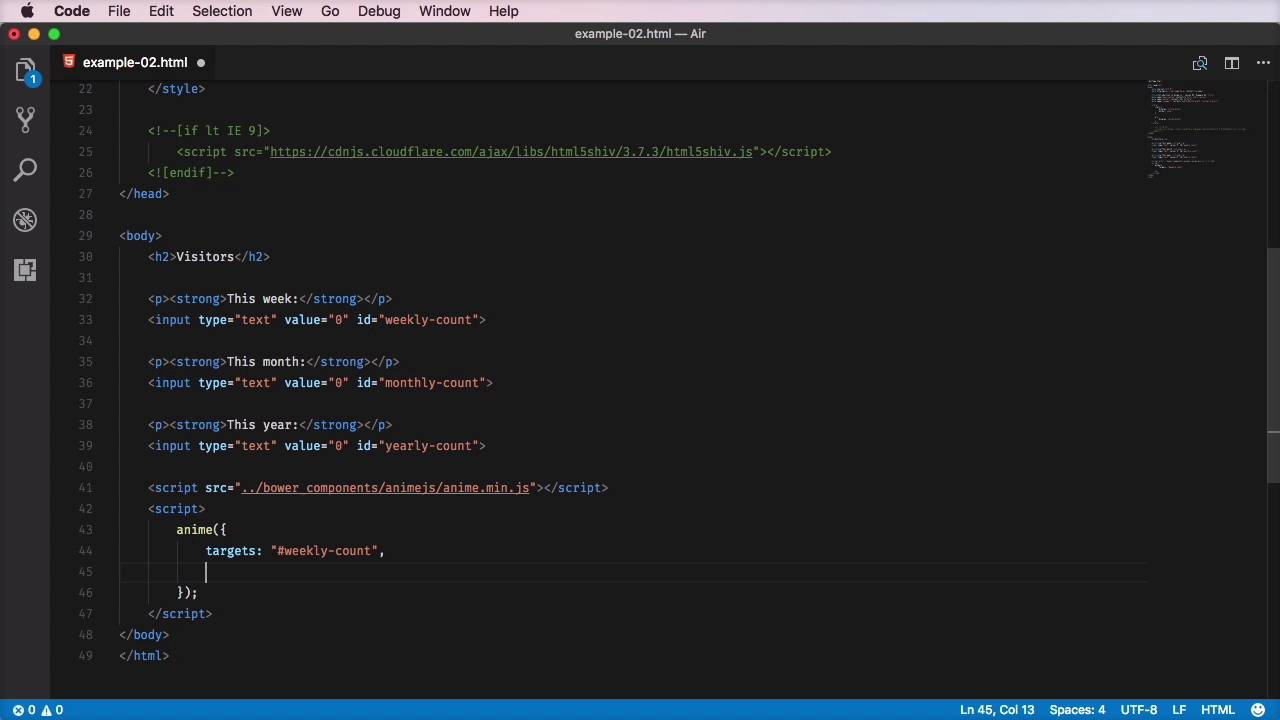 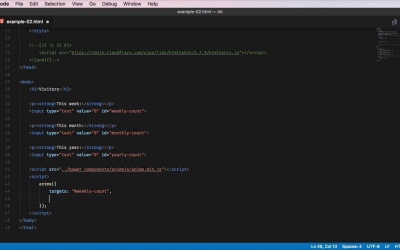 2.2 How to Animate Elements

The first thing you have to do when animating an element is to specify the target. That means providing a reference to an element, or elements (Anime.js can receive multiple targets).

We do this by using the targets property and supplying the correct value. Let’s see some examples.

2.2 How to Animate Elements