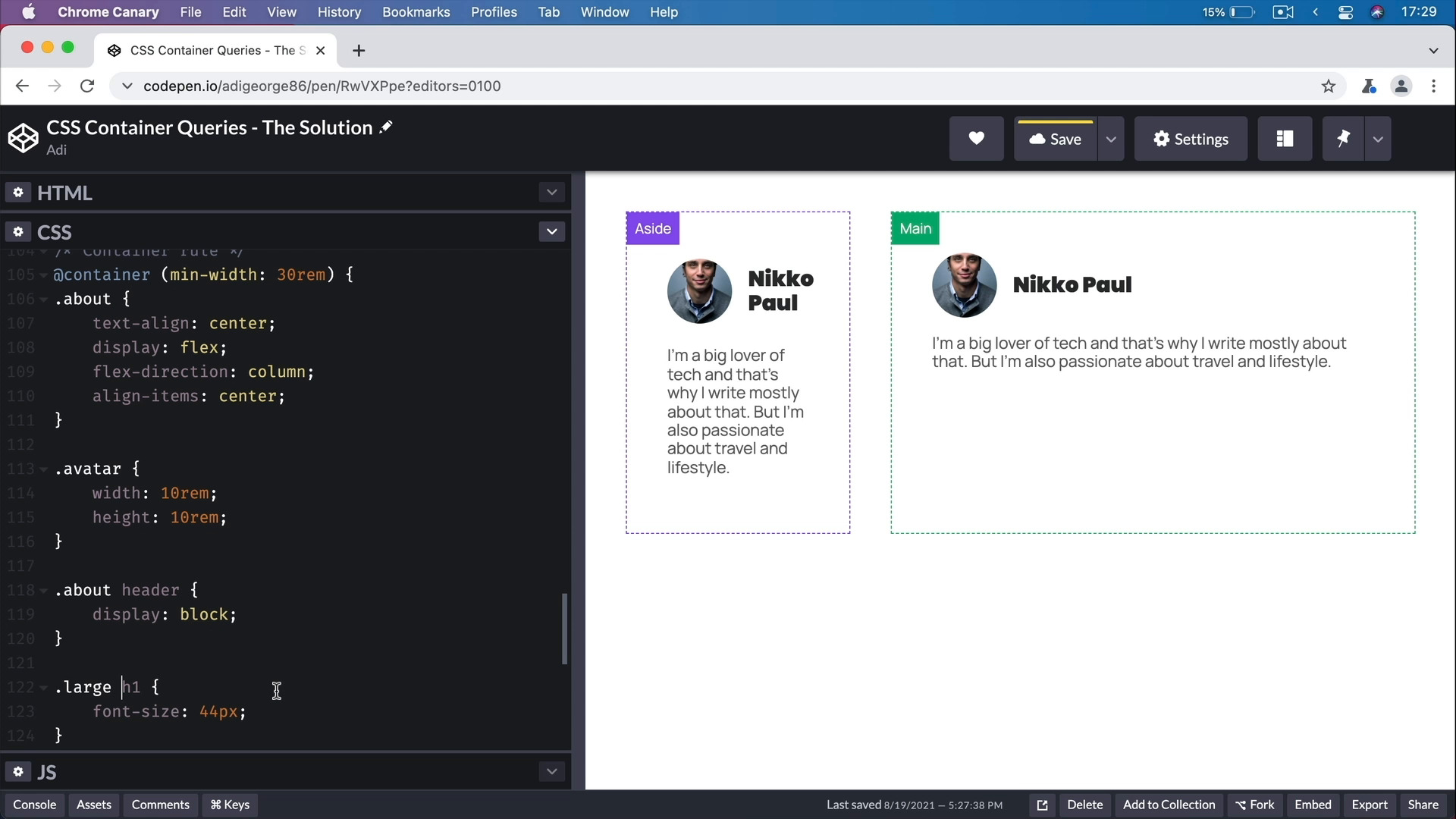 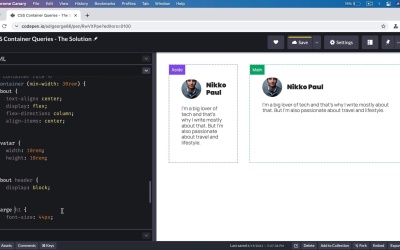 2.2 Container Queries to the Rescue

In this lesson, I’ll show you how we can fix the problem I described previously by using container queries.

2.2 Container Queries to the Rescue