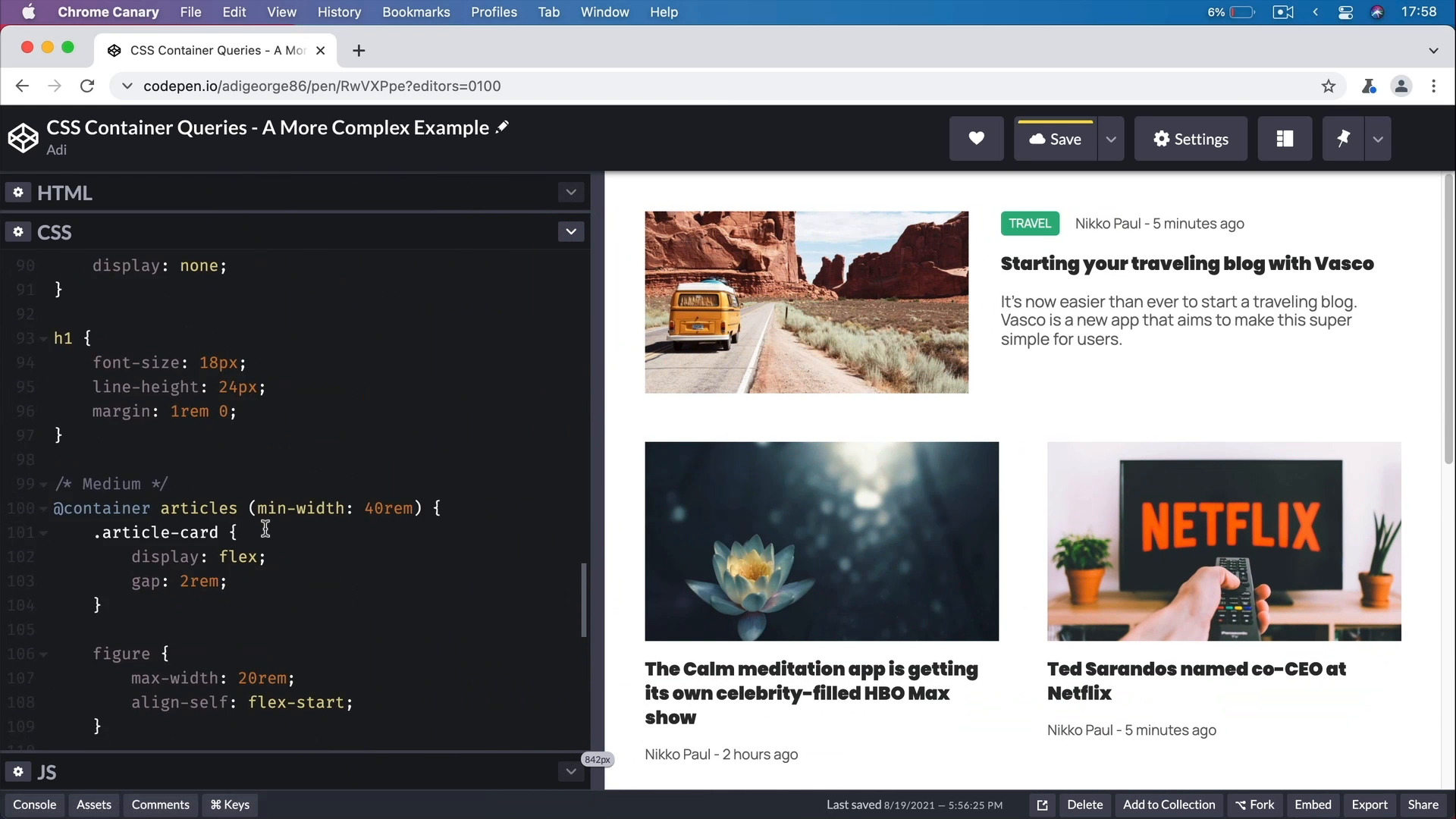 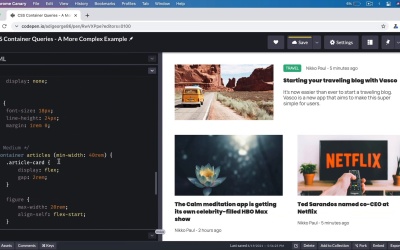 Welcome back to the course. In this final lesson, we’ll build a more complex demo for container queries.