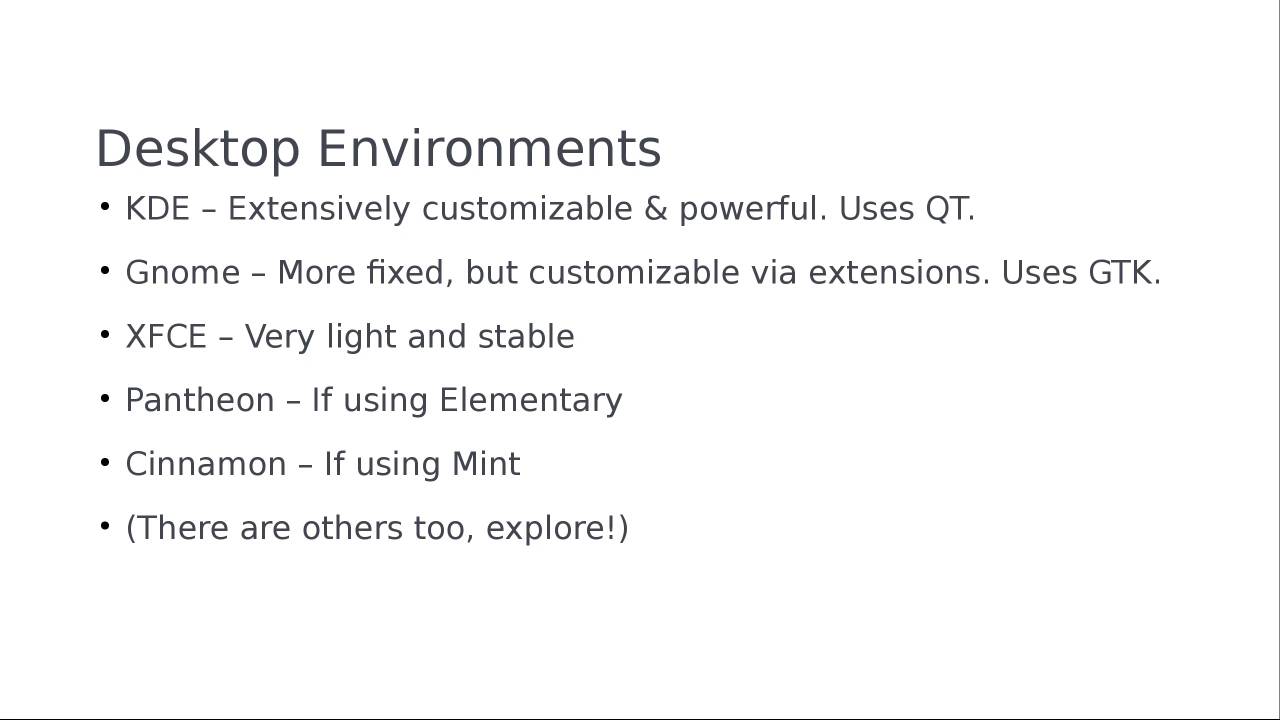 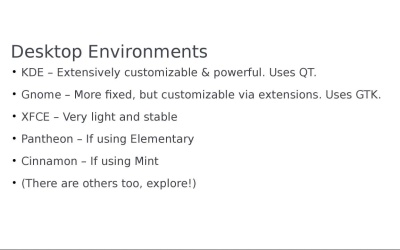 2.2 Choosing a Distro by Desktop Environment

A “Desktop Environment” is essentially the front end of your system; it controls how your system looks, how you interact with it, and some of the default applications. Desktop environments in Linux are typically independent projects, so in the same way websites can interchangeably use multiple types of front end, distributions of Linux can interchangeably use multiple desktop environments.

In this lesson, we’ll cover some of the main desktop environments and help you decide which one is for you.

2.2 Choosing a Distro by Desktop Environment