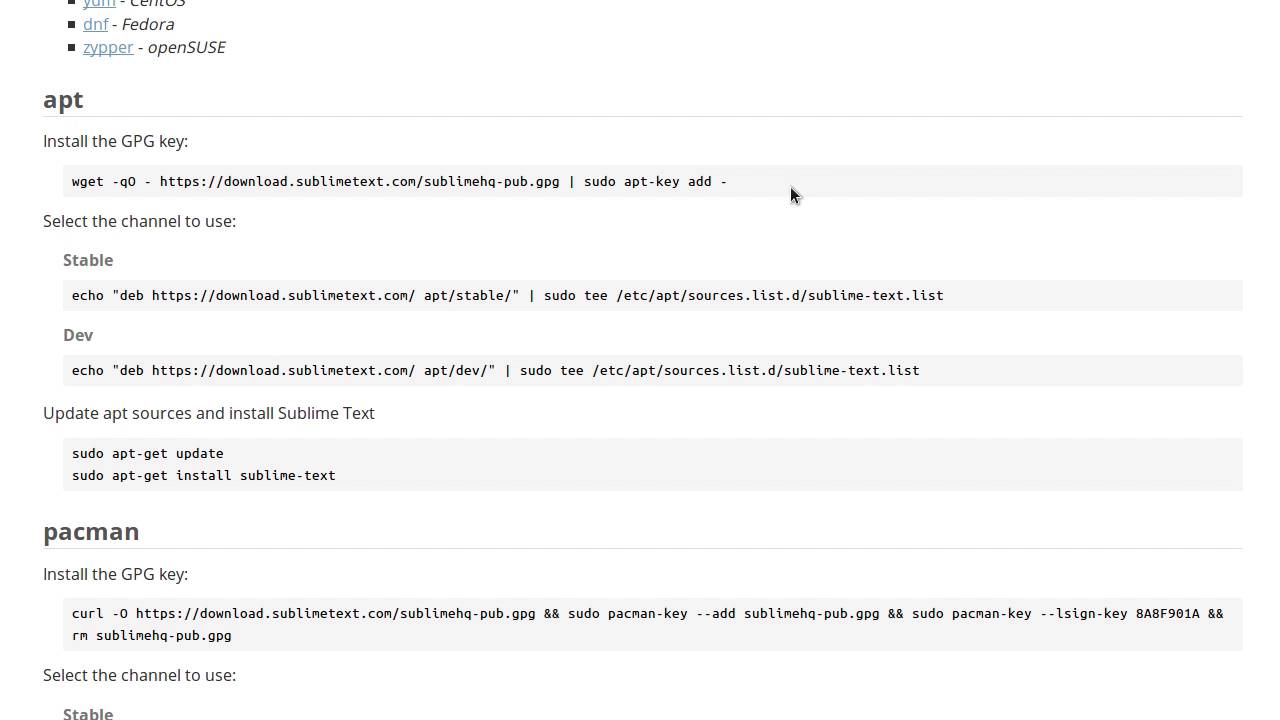 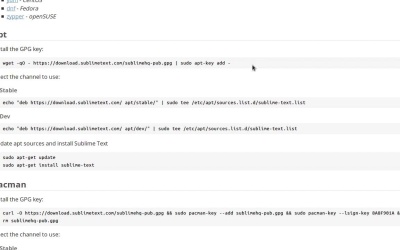 What’s web design without coding? Thankfully, Linux is an environment that’s very development-friendly and has some excellent apps you can choose from. We’ll go over some of the best and how to install them in this video.

Welcome back to Linux for Web Design. In the last few lessons we've been going over how to cover the visual design portion of your web design work flow, and now we're gonna start talking about the coding phase. In this video, we're gonna quickly go through your options for code editing. Now there's really, to be honest, not a lot to say about this particular topic because Linux has always been very, very friendly to coders and developers. It's really only image editing software that you'll find doesn't always support Linux, but you'll have no shortage of support to things related to coding and development when you're on Linux. It's a fantastic environment for working with code. So first up we have Atom Editor, which is made by GitHub and this is my personal favorite option. And interestingly, when I tried Atom before and I was running it on Mac and on Windows, I found it a little bit too slow, a little sluggish or laggy when I was typing. But since I started using it on Linux, it's been running like a dream. Very, very smoothly. So you can see here that we've got a .deb, and an .rpm file that you can download and install. So you're all set if you're on a Debian or RPM-based distro. And you're also good to go if you're on an Arch-based distro, because you'll find this on the Arch user repository, and you can just install straight out of there. I'm not gonna actually open these editors up and show you through them because they're design software. You may not have really seen these other options, but I think the chances are pretty high that you're already gonna be familiar with editors like Atom. The second really strong option on Linux is Sublime Text. To me, Atom has pulled ahead just a little bit of Sublime Text because it has a community of fantastic extensions that make a lot of things really easy to work with. However, Atom does run as an electron app on Linux. That means it does consume a fair amount of RAM and it's not quite as performant as Sublime is. So if you're looking for absolute top-tier performance, if you're a really, really fast typer and you don't wanna have the slightest bit of lag when you type in your code, then Sublime text is the way to go. And this is a little trickier to install than Atom is. There's a couple of commands that you'll need to run in order to install it, but don't let that put you off, because this is really just Copy-Paste command line stuff. So what these commands to is install Sublime Text on your system in a way that it's gonna be able to automatically check for updates and have those updates installed for you. Whereas, when you're working with a .deb file, or an RPM file like this, you may find that you have to manually install new updates. So pretty much, you just wanna copy and paste this key here into a terminal. Then, choose whether you want to choose the stable or the development version of Sublime Text. I'd suggest you go with the stable. Copy and paste this in, then copy and paste this line. Run that and finally, copy and paste this line. Now this apt here, this means that you're working on a Debian-based system. If you're working on an RPM based system, then follow the instructions here under yum. If you're on an Arch-based system, you can follow these pacman instructions or, on Arch you can just install it straight out of the Arch user repository. Now bear in mind, I have suggested here that it's fine to copy and paste commands but as a general rule, be very careful where you copy and paste commands from online. Make sure that you only ever copy and paste commands from a trusted source. Now, for me personally, those two applications completely cover all of my coding needs. But in case you're not a fan of those two, you might also like to know that Visual Studio code also has Linux versions. Once again, you have a .deb file and an .rpm file that you can install. And if neither of those options work for you, then you can get a Table which is sort of a generic version of Linux software that can be installed anywhere. And then, the fourth option to let you know about is Brackets. So Brackets only, as you can see with the URL bottom left that's popped up there, they only provide a .deb file. So on the one hand, it's great that there's a Linux version. But on the other hand, if you're not on a Debian-based system, then you don't have an installer. So as I mentioned, I probably don't need to go over the pros and cons of Atom versus Sublime because you're probably already pretty familiar with these programs. And you probably already know which one you prefer. I just wanted to let you know which of these popular code editing programs do have Linux support. In the next video, we're gonna start talking about how you can create local previews of your sites as you're working on them. We're gonna talk about two different types of previews. Wwe're gonna talk about previews of static sites, as in those that don't need a database, for example, and previews of dynamic sites. So, WordPress sites for example. So, we're gonna start by looking at options for how you can set up previews for your static sites, and we're gonna go through that in the next video. I'll see you there.