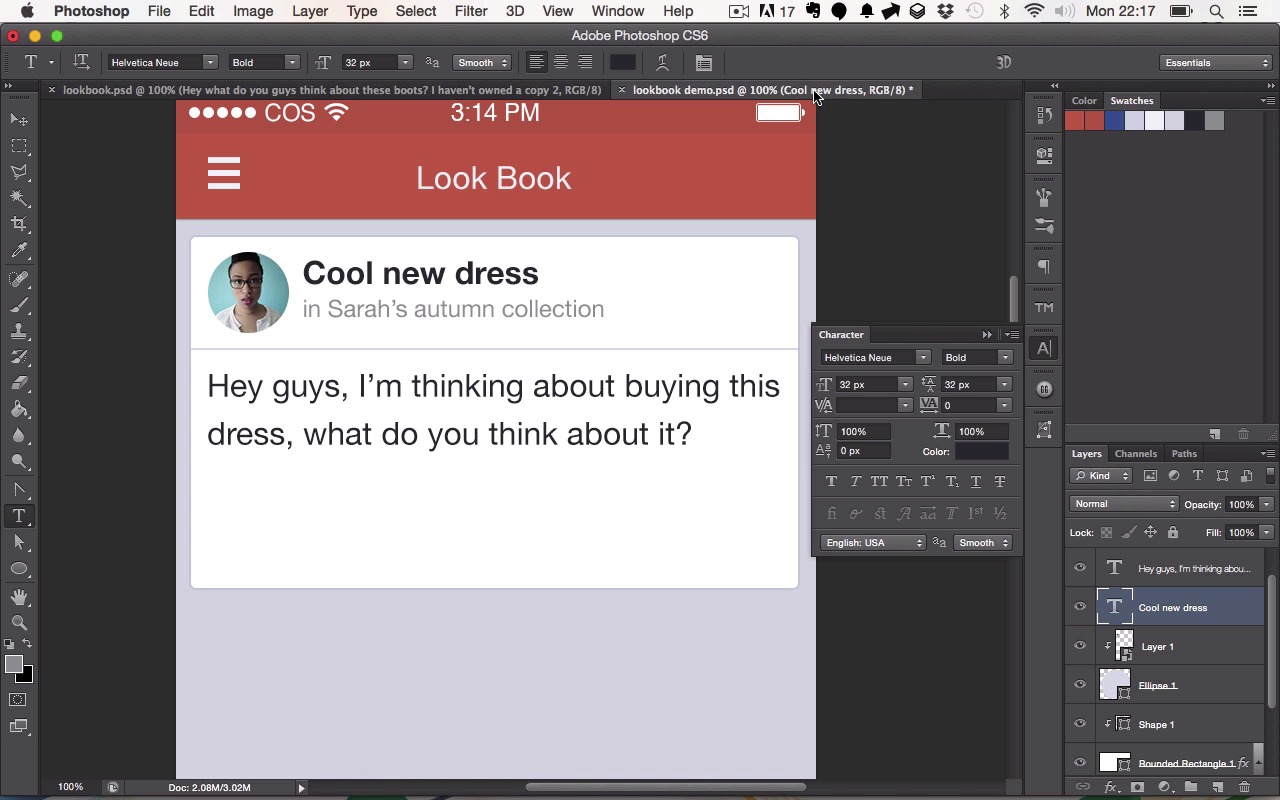 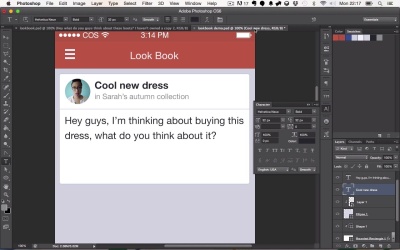 The first screen is a news feed, which is a common screen type in many applications. We’ll use shapes, images, type and clipping masks to create the basic objects which make up this interface.