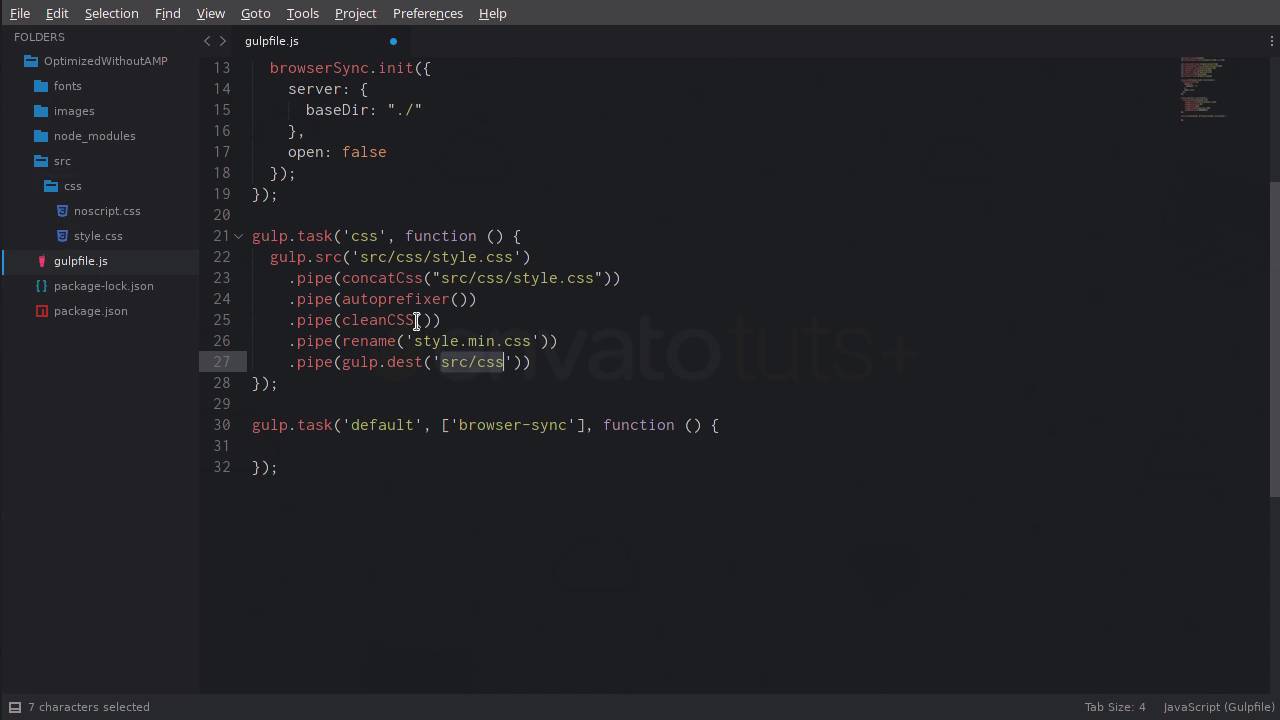 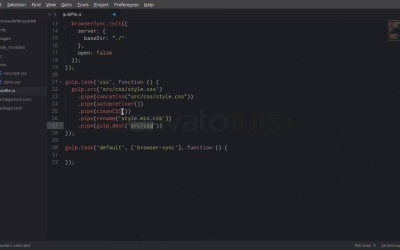 In this lesson we’ll get Gulp building the CSS files. We’re going to set up two files for two different purposes, and we’ll then push both files through an optimization pipeline.