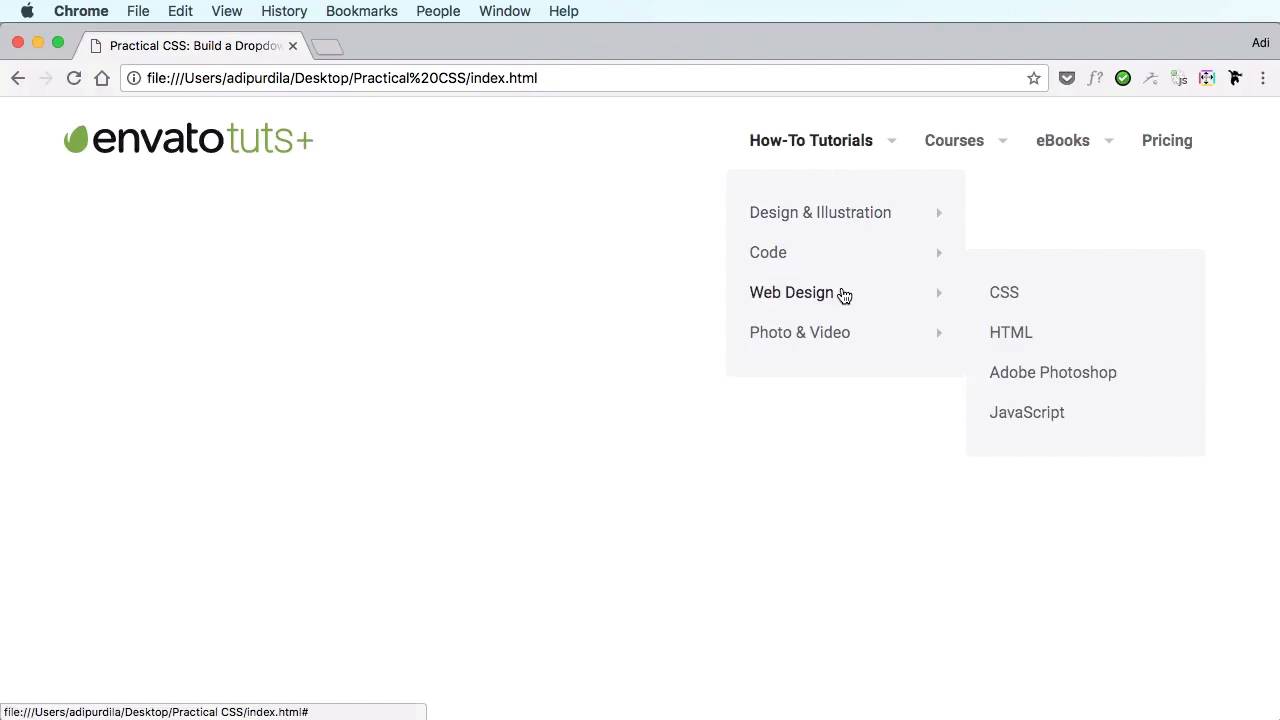 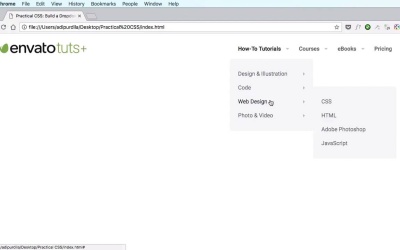 In the third and final part of this course, we’re going to apply some finishing touches to our menu. We’ll explore a different way of showing and hiding the submenus and also explore other layouts on smaller screens.