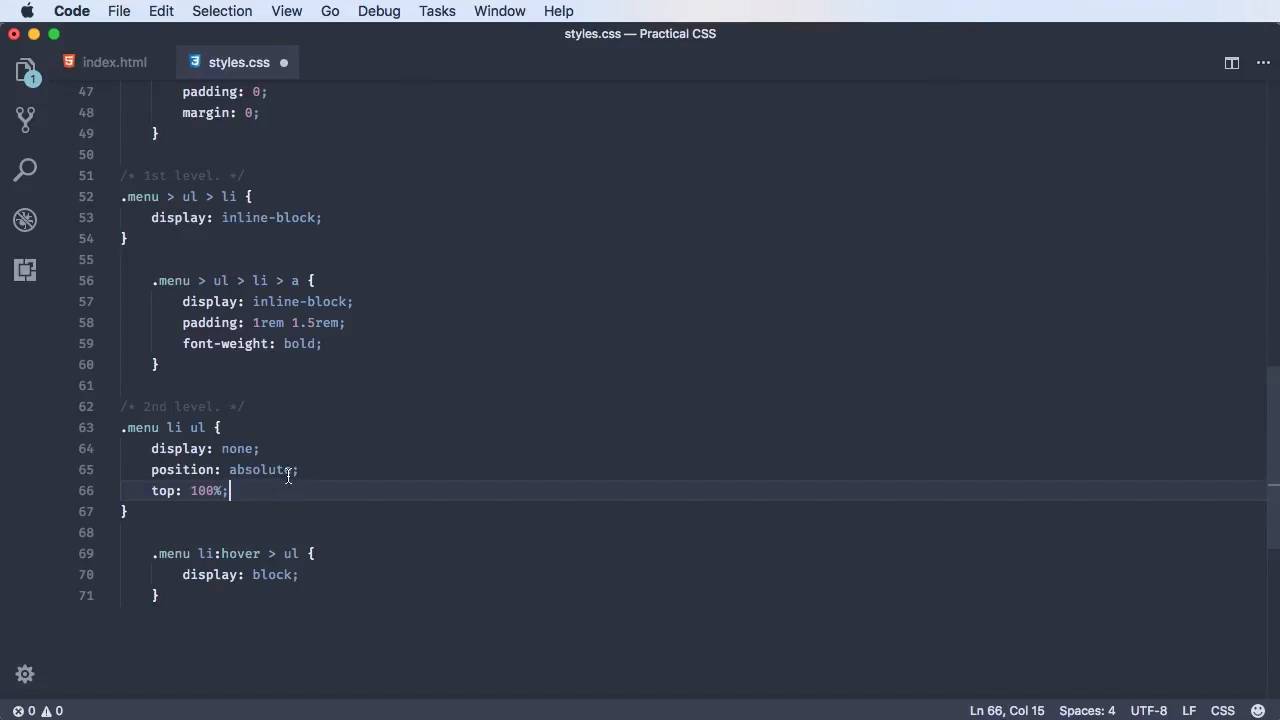 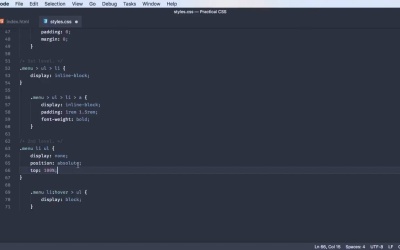 In the second part of this course, we’re going to write the essential CSS: the styles that will power the dropdown menu. Let’s begin.