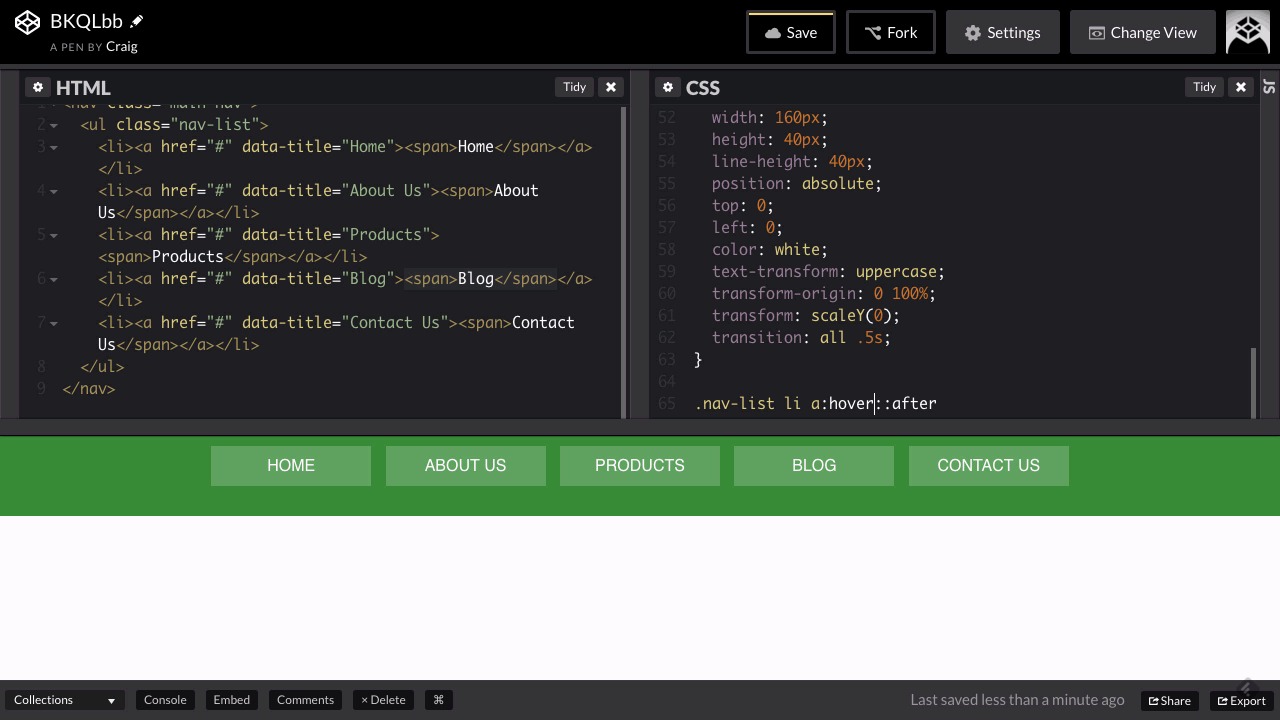 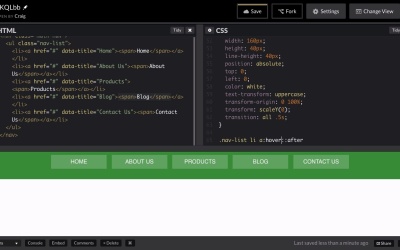 Now that your initial styles are complete and your navigation buttons are set up, in this lesson you will animate the buttons to get the effect we’re going for.