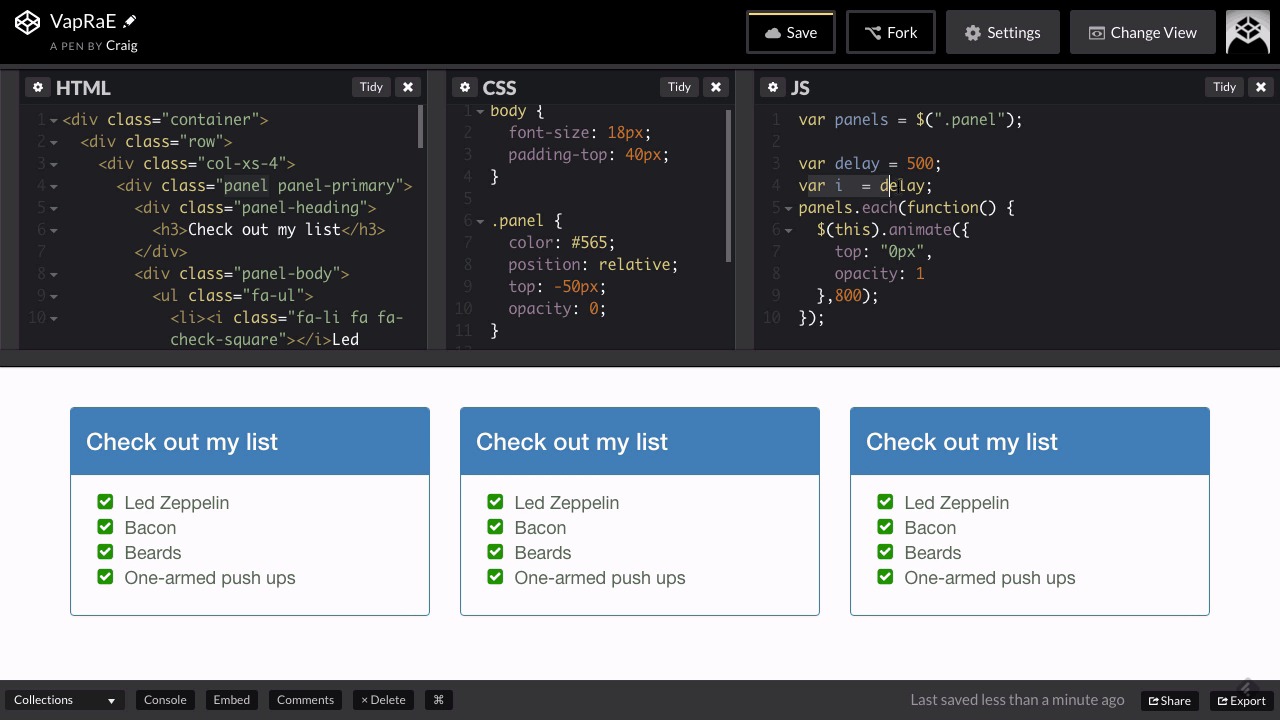 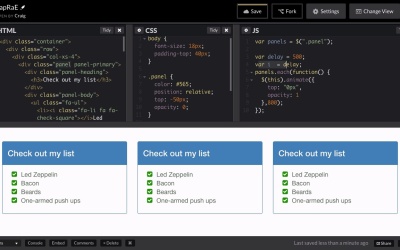 This lesson will take your animated panels to the next level. Not only will you animate the panels themselves, but you will also animate a series of list items inside the panels.