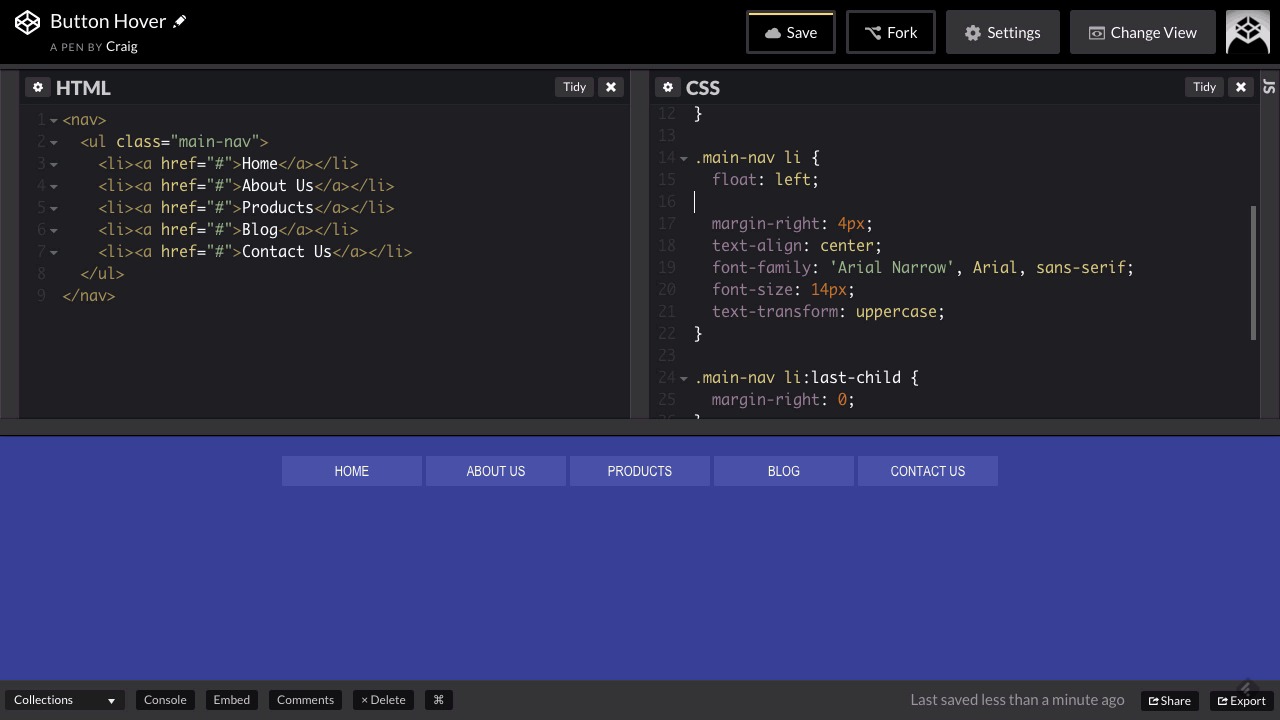 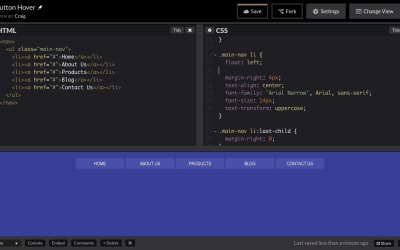 Now that your menu is styled, let’s start off with a simple hover effect. In this lesson, you will learn how to make your navigation buttons more interesting by animating the background and text colors on hover.