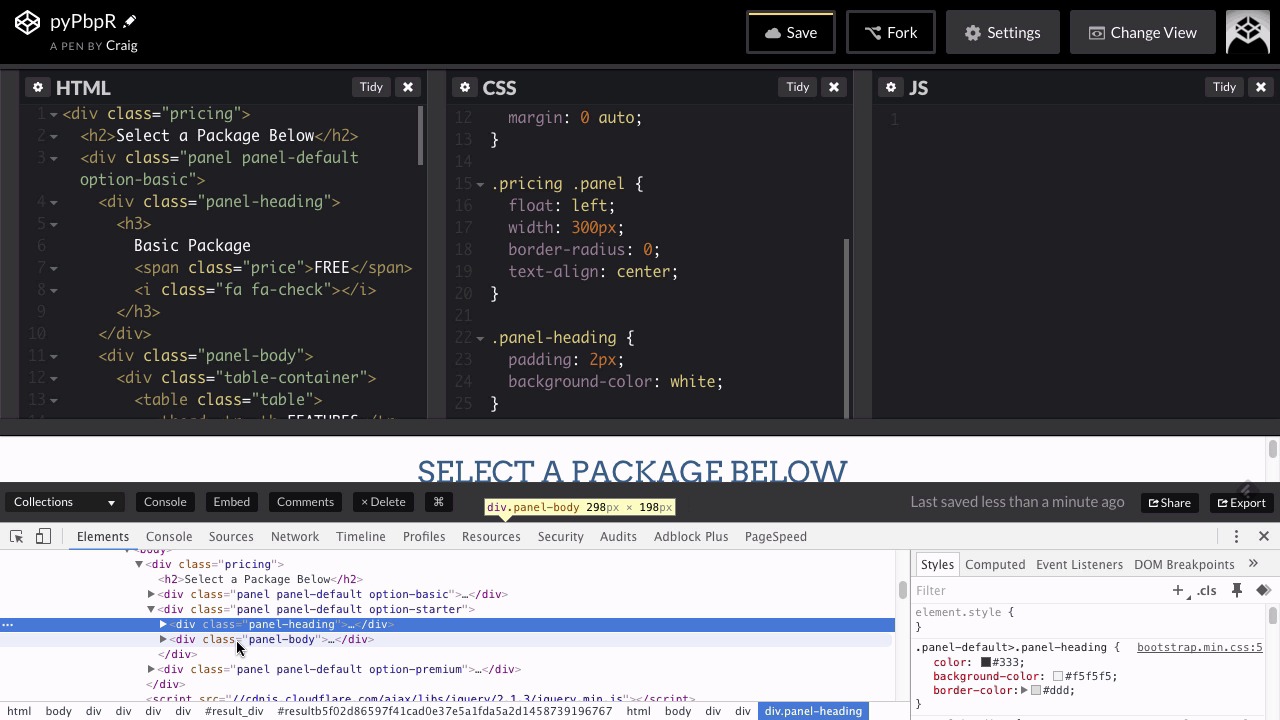 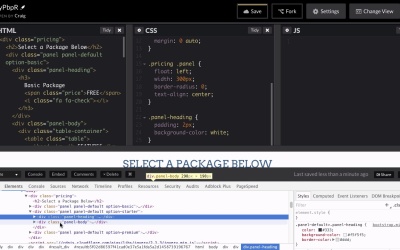 In this lesson, you will get started on an interactive pricing table. Using some Bootstrap HTML markup as a starting point, you will jump in and start styling the panel headers.