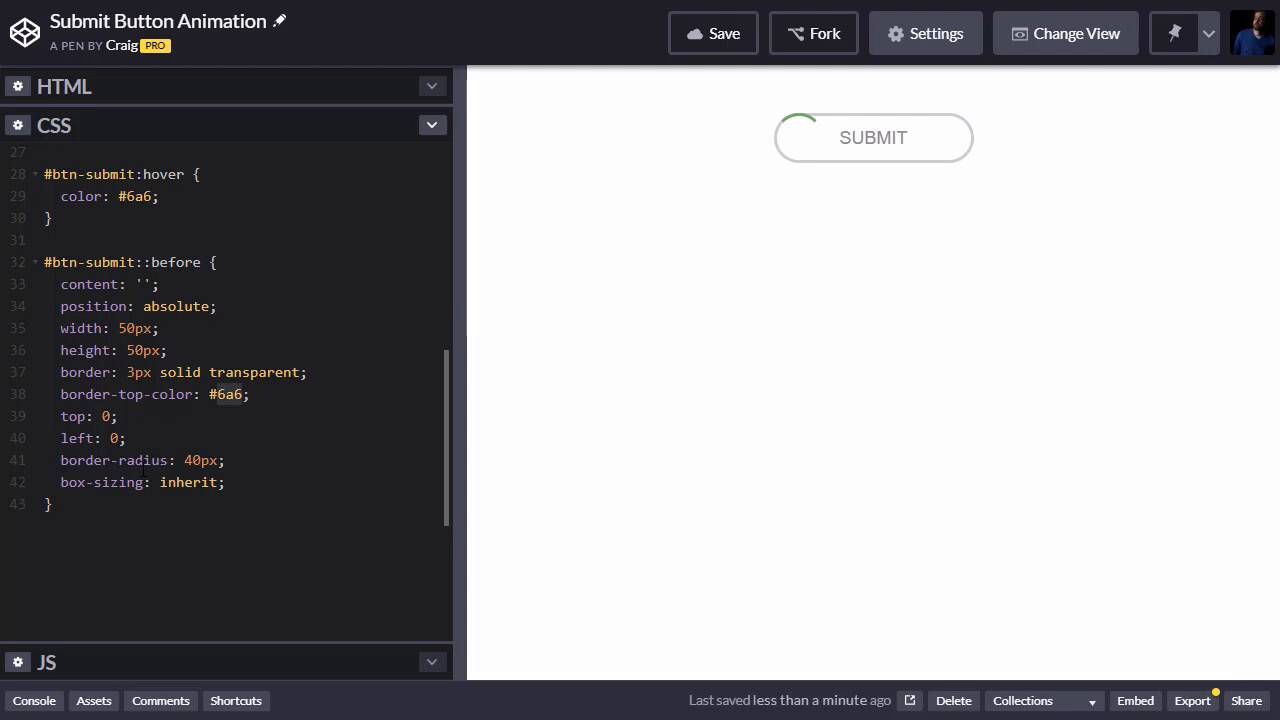 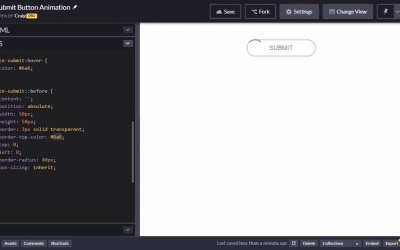 In this lesson, you will create a submit button that performs a CSS transition animation and a keyframe animation when clicked. It uses a little bit of jQuery to change the class on the button when it’s submitted—you’ll love the overall effect!