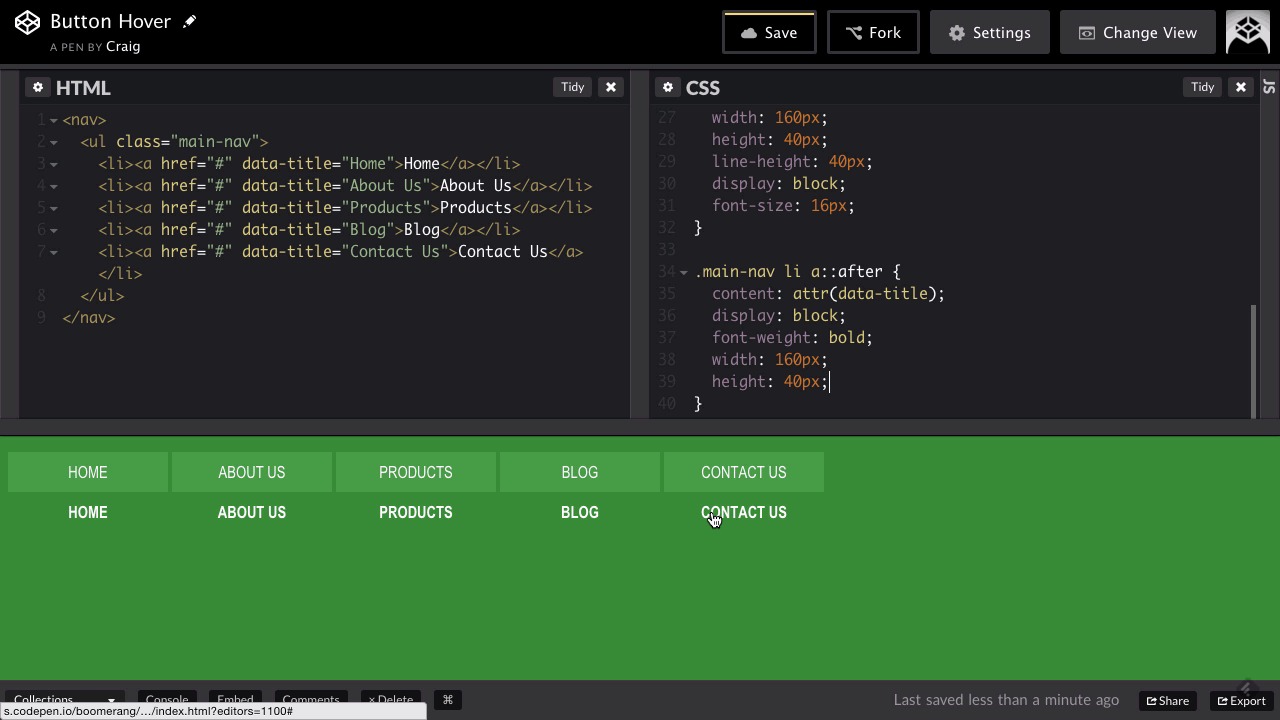 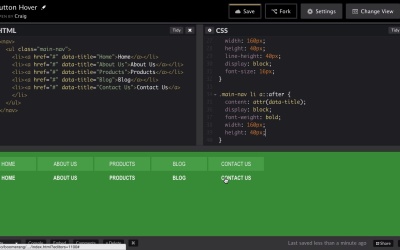 In this lesson, you will use HTML data attributes to create extra text that will animate over your original text on button hover.