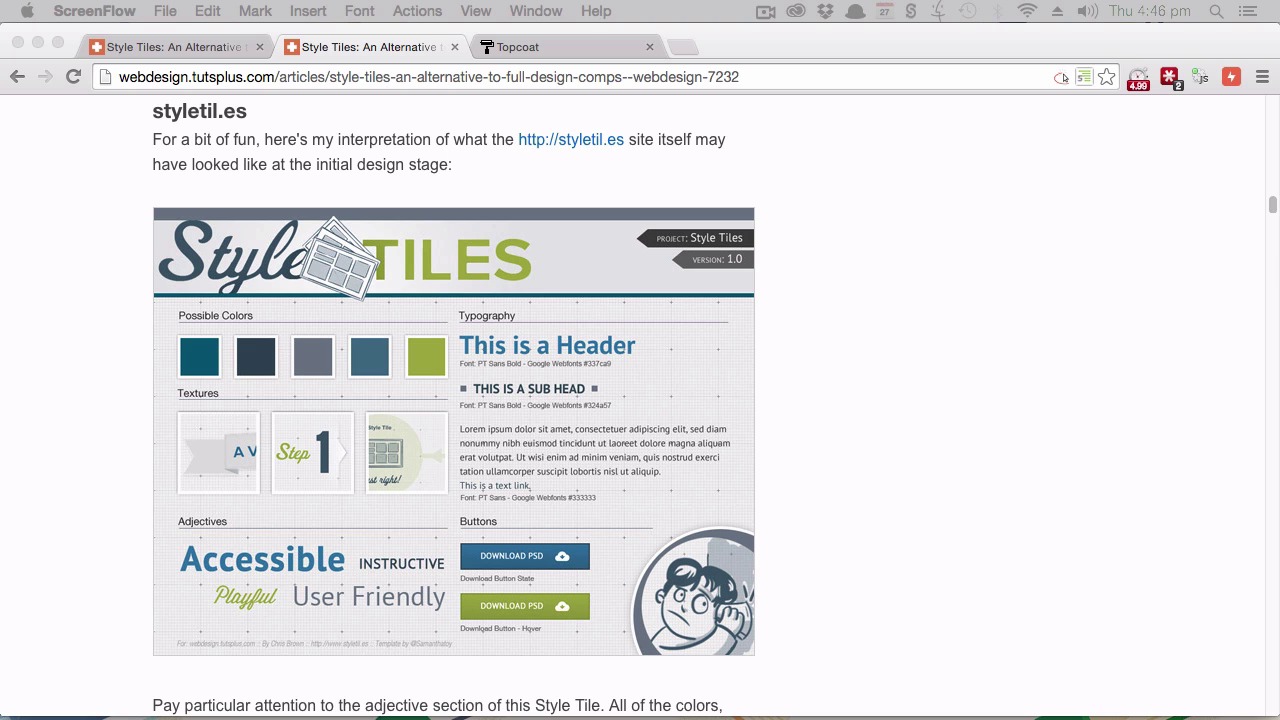 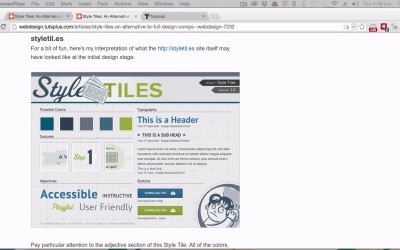 3.1 “Style Tiles” and Catering for All by Designing Big

In this lesson you’ll learn how to create “style tiles”, giving you a way to create your design style in dedicated software, without needing to be concerned about the specifics of responsive layout functionality. Before we begin designing our style tiles, let’s also take a very quick look at why building big helps to cater to a wide user base.

3.1 “Style Tiles” and Catering for All by Designing Big