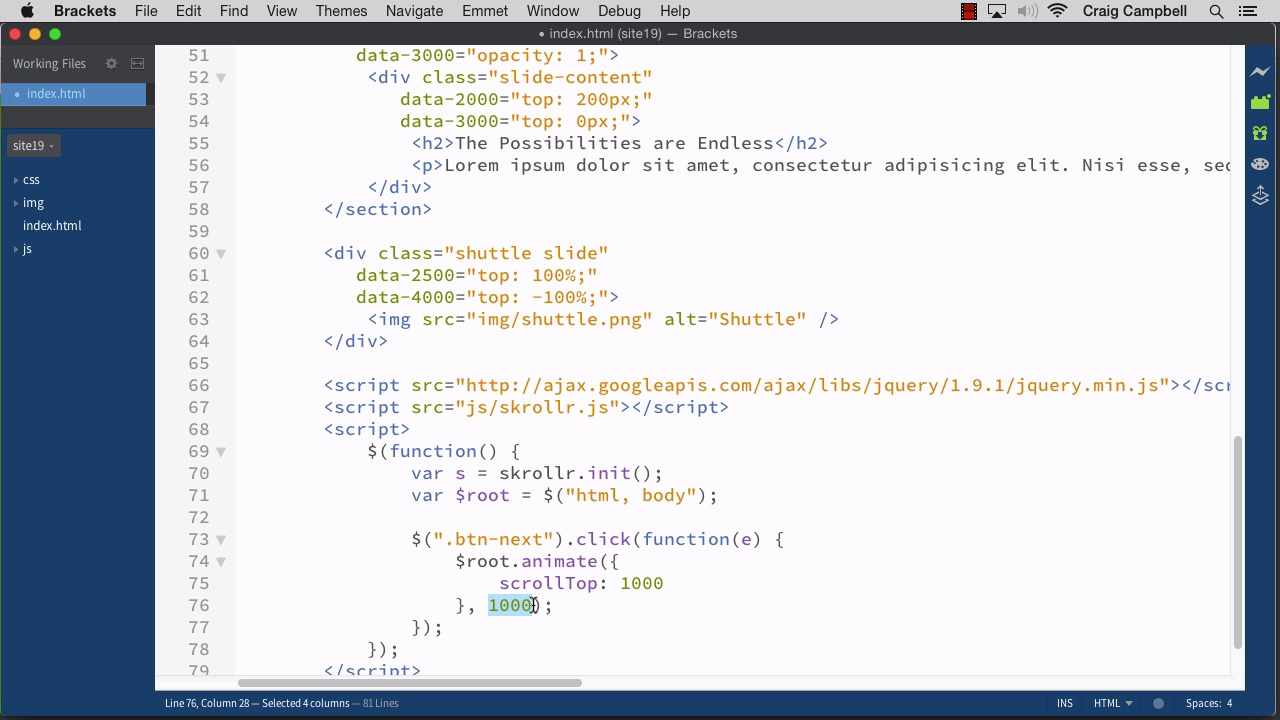 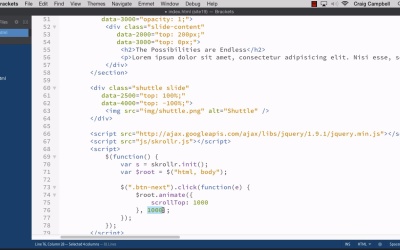 In this lesson, you will learn how to use jQuery's animate() function to animate the scroll position of your web page.