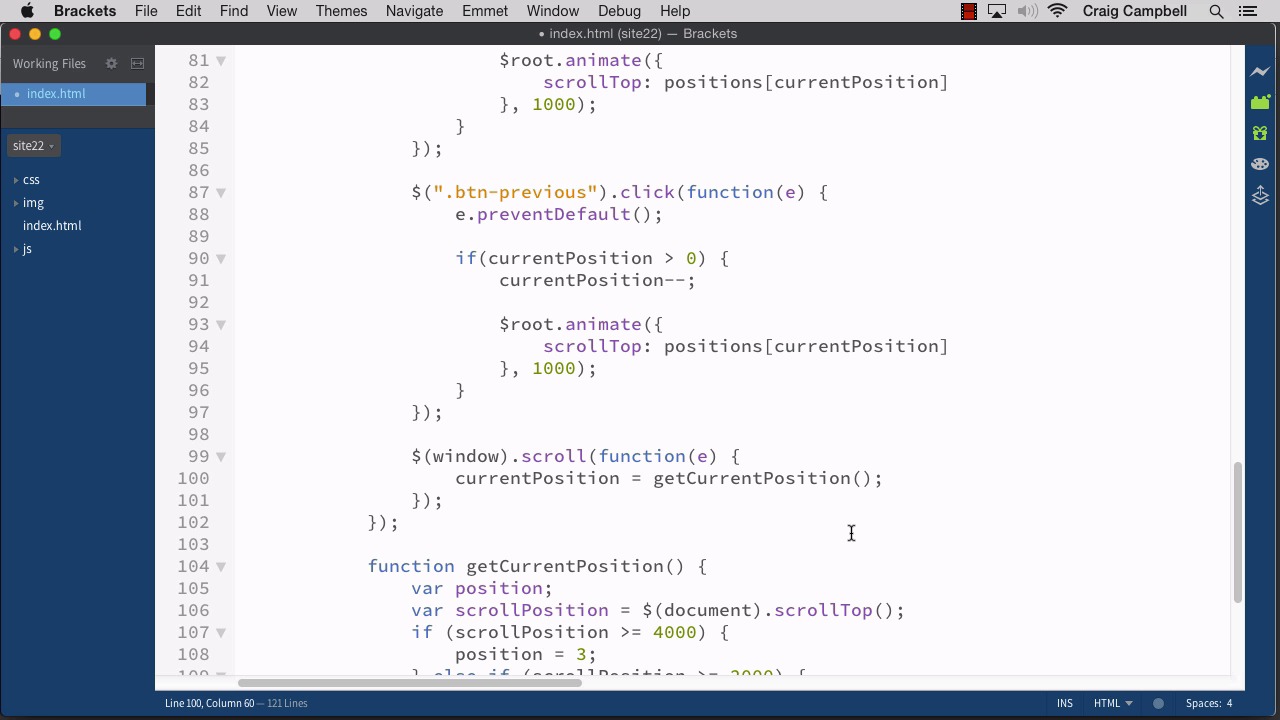 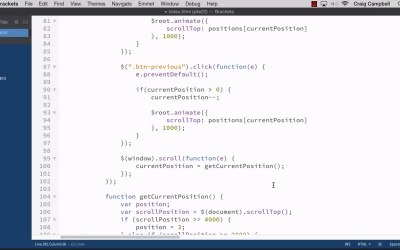 In this lesson, you will apply one last fix to an issue that arises after manually scrolling the page using the scroll bar.