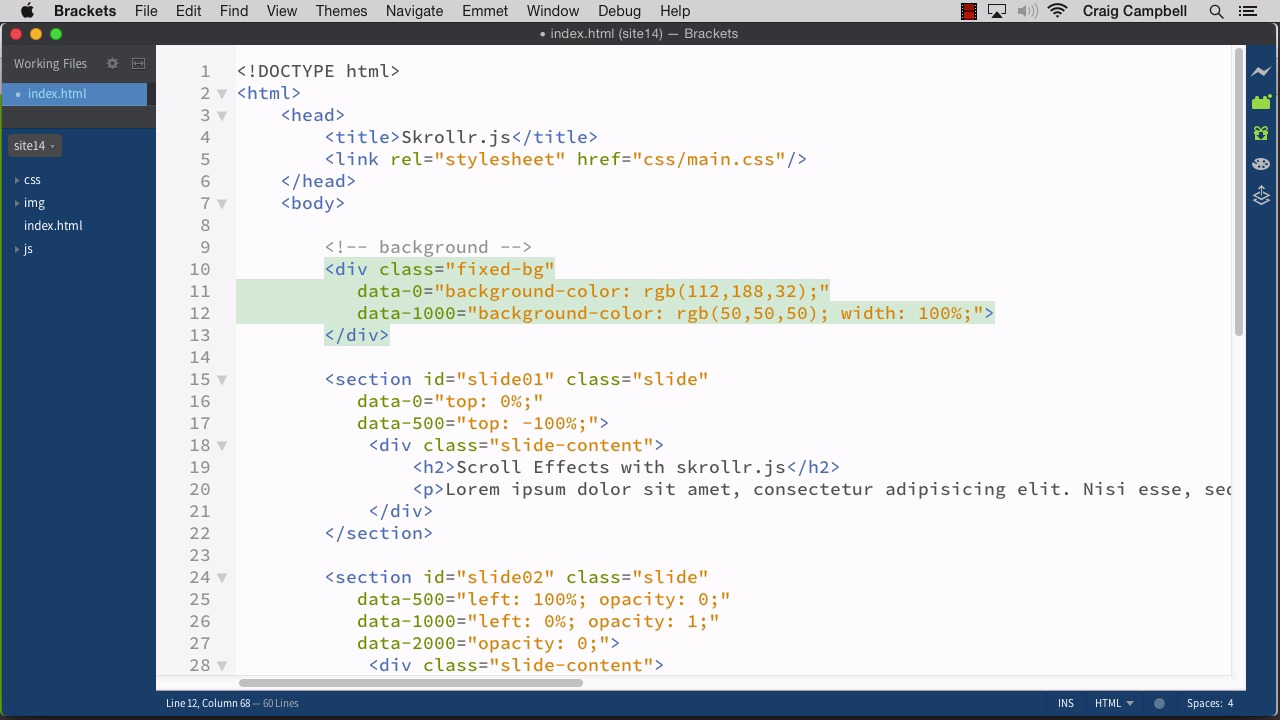 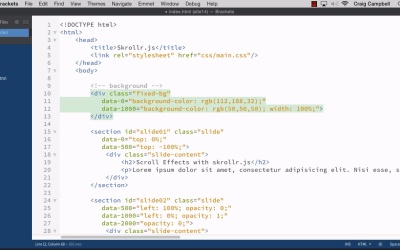 In this lesson, you'll create another animation. Using the CSS width property, you will narrow the visible margins of the page as the scrollbar moves down.