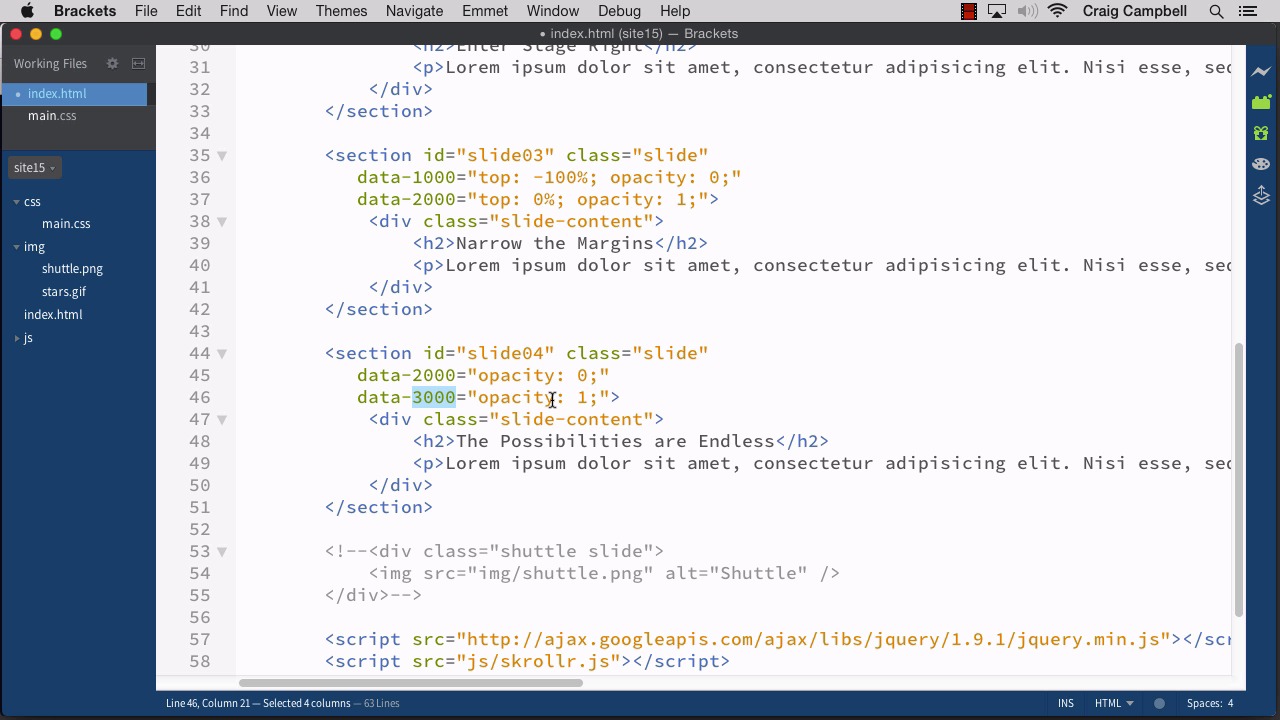 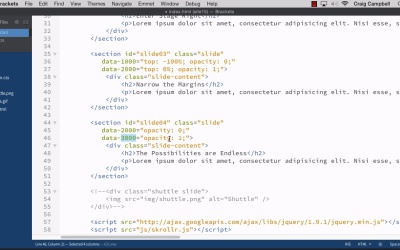 As you create your transitions from slide three to slide four, you're going to create an animation with an animation. As the slide itself fades in, you're also going to animate the movement of the text within the slide.